Adding Personality To Your Characters - Project

Studying illustration at uni, but I’m not great at it. I struggle to simplify and stylise my characters. They get stuck between realism and manga. I also need to work on posture, anatomy, proportion and facial expressions.

UPDATE: I added the sketches I completed for the stereotype lesson

UPDATE: the sketches side by side that go from realism to cartoon aren’t actually part of the project. However, Cara kindly suggested an exercise to help simplify my characters, so I thought I’d include it aswell

UPDATE: completed the hero/villain task and went for a mix of the two - a vigilante! Even though I struggled with the anatomy in this one I really enjoyed the character development of it. Always loved Marvel and DC. These lessons are really amazing and are keeping me motivated to create!

UPDATE: Created a sketchy page of anatomy for my character development. Still need to practice the form but I’m happy with how the character looks (didn’t upload any research bc it was just a page of writing lol)

UPDATE: working on the posture and style of the character now. Moved into my sketchbook for more freedom, and started adding slight colour.

UPDATE: tried my character on loose pigtails but didn’t like it, she definitely suits free, slightly messy hair.

UPDATE: completed the outfit. I cheated a little and used an old fashion worksheet that already had a body form on it, since I wanted to concentrate mostly on the clothing. I also scanned it with my iPad and tried a different colour scheme. I like the bottom left the most. 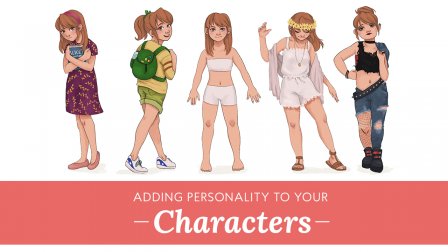