5/21/13: Been working with it in illustrator cs5 using the width tool and straightening out some of the things that don't quite line up int he sketch. Could use some input here, there are things that don't look quite right and things that are better in the sketched version that I'm not entirely sure how to translate better. 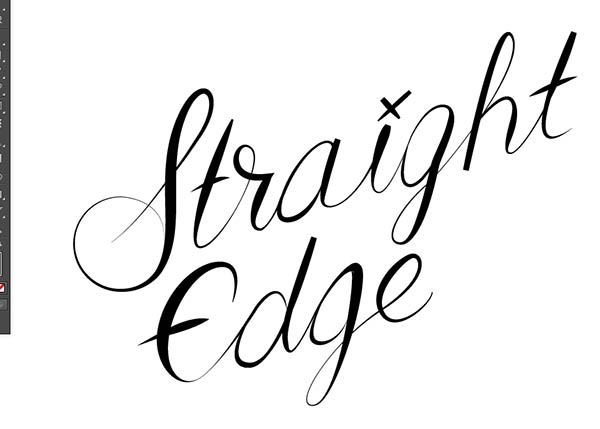 5/16/13: changing directions here. I voiced some doubts last time with compliance of the syllabus, and have talked myself into taking an approach that I think I could learn better from. Attaching my new sketch, which was drawn digitally in photoshop with a wacom tablet since I was starting to use up a lot of paper and eraser with some futile sketching. When I get to making the vector, the edges won't be so rough and I'll try to even out some of the strange slopes, but I wanted to toy with varying line widths and stuff. 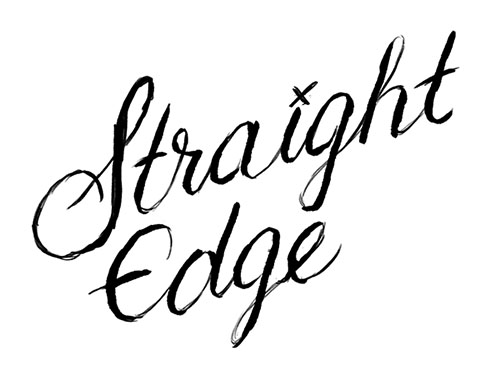 Update 5/12/13: added my sketch. I like the movements of the floureshes and the spacing of everything, but the letters themselves aren't super dynamic like the copperplate style showed in the class. I kind of like them with less drastic width changes, but might also try to alter them for the sake of following the syllabus more closely. 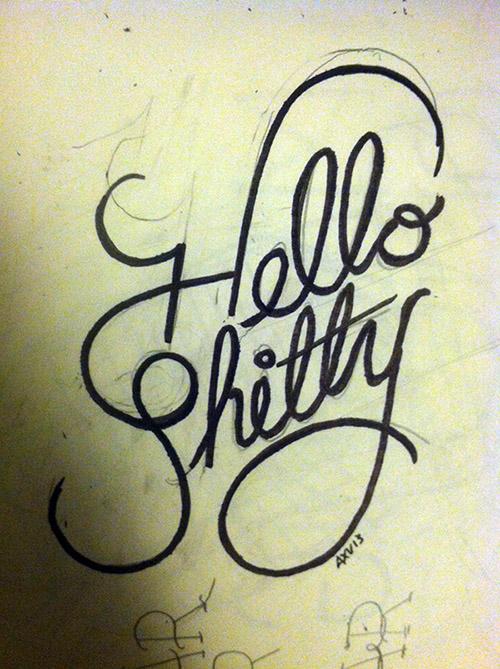