The person I’m celebrating is Adam Clayton Powell. Adam was a Baptist pastor and an American politician, who represented the Harlem neighborhood of New York City in the United States House of Representatives from 1945 until 1971. He was the first African-American to be elected from New York to Congresse

Growing up my grandmother referenced Adam Clayton Powell on one of the main things that she was impressed by was that he “look white but talked black “ He was a very avid and vocal civil rights activist during the civil rights movement and these days is kind of forgotten by the younger generation. I chose to draw him wearing red white and blue to symbolize his commitment to the United States of America the background is red black and green symbolizing his commitment to people of color and the Harlem community that he served. I also have the watermark the Abyssinian Baptist Church that he passed. While doing this drawing I remarked to myselfHow is facial features are reminiscent of Magnum PI star Tom Selleck. No doubt about it Adam Clayton Powell had a movie star good looks undoubtedly that helped his political career also. 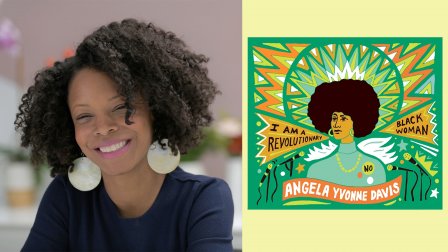