A letter to my friend

I’m tired of what’s happening in today’s world. I see young women like me go through devastating heartbreaks, falling into depression and self-destruction in many ways. Many women post on social media platforms about heartbreak, betrayal, and it’s good that people are opening up. But what isn’t is people making memes or jokes about a heartbreak. I know people relate to each other through them, but it’s also constantly reminding people of their worst times, and avoiding looking at the truth altogether.

When going through something challenging, people need to be in touch with the truth. The reality of their situation. Otherwise, it becomes easier for them to develop hatred and fill their minds with negativity that can have a long-term impact on their lives. Truth be told, good and bad is a relative concept. I understand what a heartbreak feels like, whether it’s from friends, family or partners.

When I was in college, I met a guy in my friend's circle. I didn’t get along with him initially. I saw him as overly polite, charismatic and superficial, and people were drawn to him. I don’t remember how or when I fell into his trap. Maybe it was his charisma. Maybe it was because he turned all my friends towards himself, and nobody was willing to listen to me. In fact, they would call me "crazy" and "misunderstanding", for doubting him. I thought something was wrong with me for being the odd one out, and I finally let him in. I would tell him everything about myself, including my weaknesses, but what I overlooked was he never respected my opinions. He would always tell me that his opinions, ideals, morals were better than mine, and he would quote saints and religious texts to “teach me”, knowing that I was a spiritual person who just had gotten familiar with the term and was confused about all of it.

He was extremely patronizing. There were days when I used to cry for being such a failure, because everything that I can do, he shows he’s better. I fell into the trap of proving myself to him, which now that I think was unnecessary. I used to force myself to think like him and I thought if I could get along with one difficult person like him, then I can get along with anybody. I didn’t have to do that, but I did, because I was carried away. He would lecture me how selfish I was, how I didn’t know what true love or friendship was, and how I should learn to "give without expectations", which he used as a means to get away with everything terrible he said or did. I’m still surprised I put myself through all this.

I had absolutely no one to help me out. My friends would call me misunderstanding, and I get it. They knew him as the warm, polite, friendly guy and I revealed something unbelievable about him. My mom hated me, and called me “weak and desperate” for having no self-esteem and putting up with this. I needed a shoulder to lean on, and here, my own people threw rocks at me. Some other friends called me a p***y, because I couldn’t stand up for myself, and I understand where they’re coming from, but it was too harsh. I was confused, broken and alone, and I felt like dying.

One day, he called to say that he was ending our friendship because I was too much drama, and boasted about how he was a patient person, because no one can put up with me for this long. When I confronted him, he shouted at me and asked me to shut up, because I didn’t know anything about him, so I have no right to question him. I felt hopeless, dejected, and I lost my spirits. But I found strength from within.

I spent a lot of time in solitude to understand myself better. I realized that everything people say about me reveal a lot about themselves. I don’t have to care what others think of me, because I know myself better than anyone else. I don’t have to let go of what makes me myself, and no morality or philosophy is higher than humanity. I opened up to the world, made new friends, read those spiritual books to find out that he was bending those words to get away, and I'm healing. I learned a lot of life lessons and became stronger. One thing I would say is that if I saw someone like me hurting, I wouldn’t be harsh to them. Healing takes time, and effort. The idea that healing can be accelerated by forcing positivity like saying “Chill, just get over it”, or being too harsh and saying “You deserve that for being stupid” isn’t going to make things better, and in fact, they do the opposite. We should learn to take things slow, and give it time.

It is highly difficult to get out of toxic relationships, and toxic patterns because of the fear of the unfamiliar. People have made it sound so natural that there are toxic quotes like “A known devil is better than an unknown angel”. The unknown will force us to let go of the familiar, but here’s where we have to take a leap of faith and jump right in. Isn’t that what we’re supposed to do, when we know that something is holding us back, making things worse, and making our lives miserable?

Influencers should post more about how to deal with difficult times instead of laughing things off or spreading hatred towards those who did them wrong. We cannot choose what life throws at us, but we definitely choose what to make out of it. I choose to move forward and lead a better life with all the lessons I’ve learned from this terrible experience. 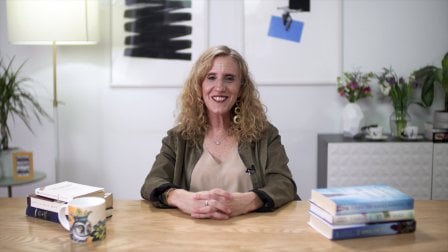