A day in Manhattan

For my project (which you get to watch me create in the class), I decided to spend a day exploring lower-Manhattan, near Skillshare's offices — it had been two years since my last visit to New York, and even longer since I'd had any time to properly explore.

I was shooting with four types of cameras (this is typical when I travel for projects or personal work — I wouldn't say it's recommended, but I really enjoy experimenting with different formats and comparing the results :)

My goal is never to capture every image with every camera, but more to play around and have fun, and to see which camera suits different situations.

I was lucky to have fantastic weather while I was in town — you might think this means shooting is easy, however it meant that at certain times of day I was dealing with very harsh shadows and high-contrast scenes. The trick here is to just enjoy it: there were big blocks of time where I didn't take a single photo, and just basked in the sunshine.

I found a few great opportunities to shoot from above while out and about — the first was up on The Highline, an elevated garden/park/walkway converted from an old railway through Manhattan.

After trying a few different perspectives, I decided I really liked looking straight down on the pavement and streets below. A little patience led me to capturing this shot of an iconic yellow cab on my iPhone: 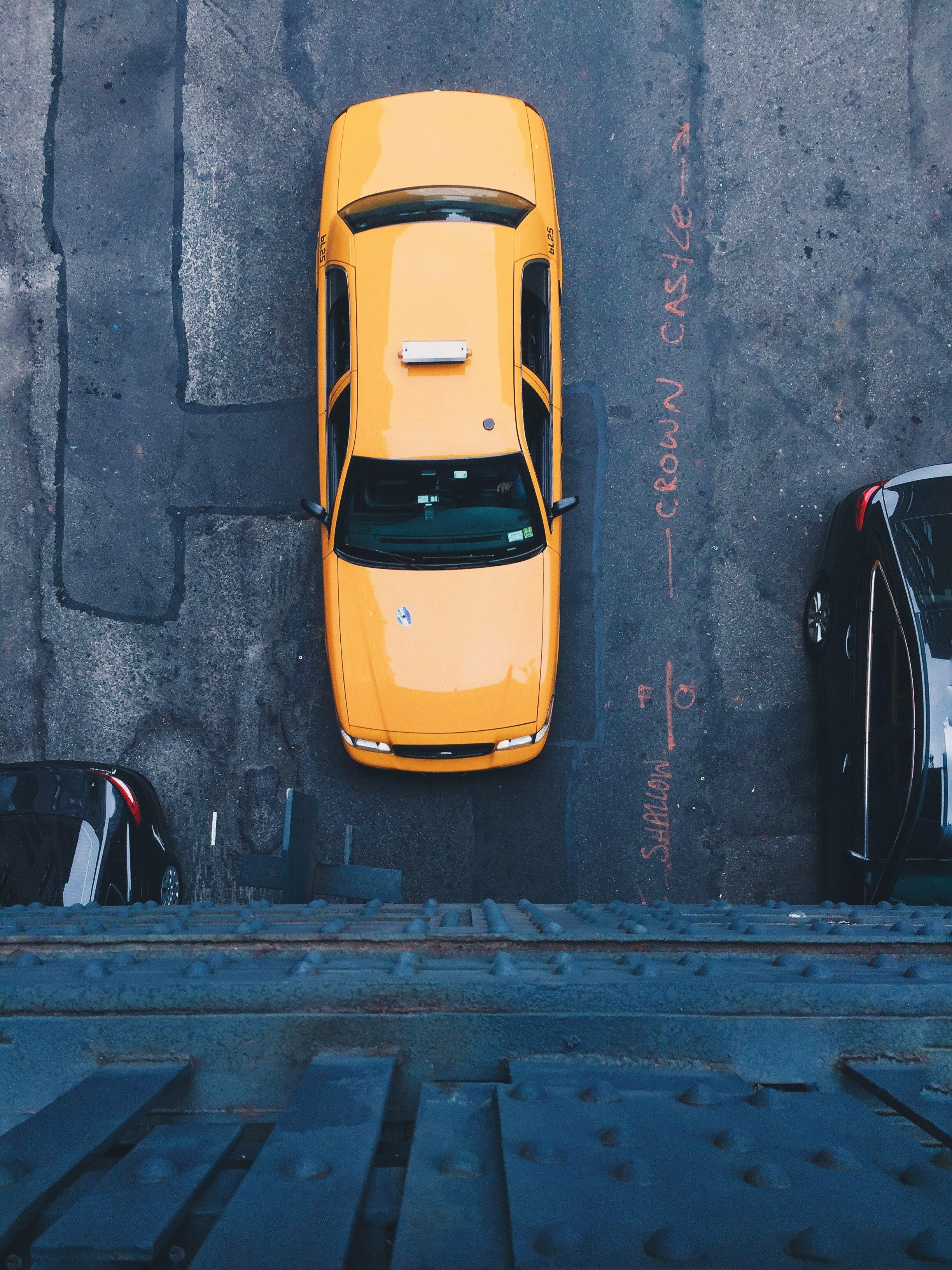 My second favourite shot from a high vantage point was on black and white film — Kodak Tri-X 400 — using the big Fuji rangefinder.

I was taking a break from filming at the Skillshare HQ, and decided to take a look out on the fire escape. My reward was this breathtaking view: 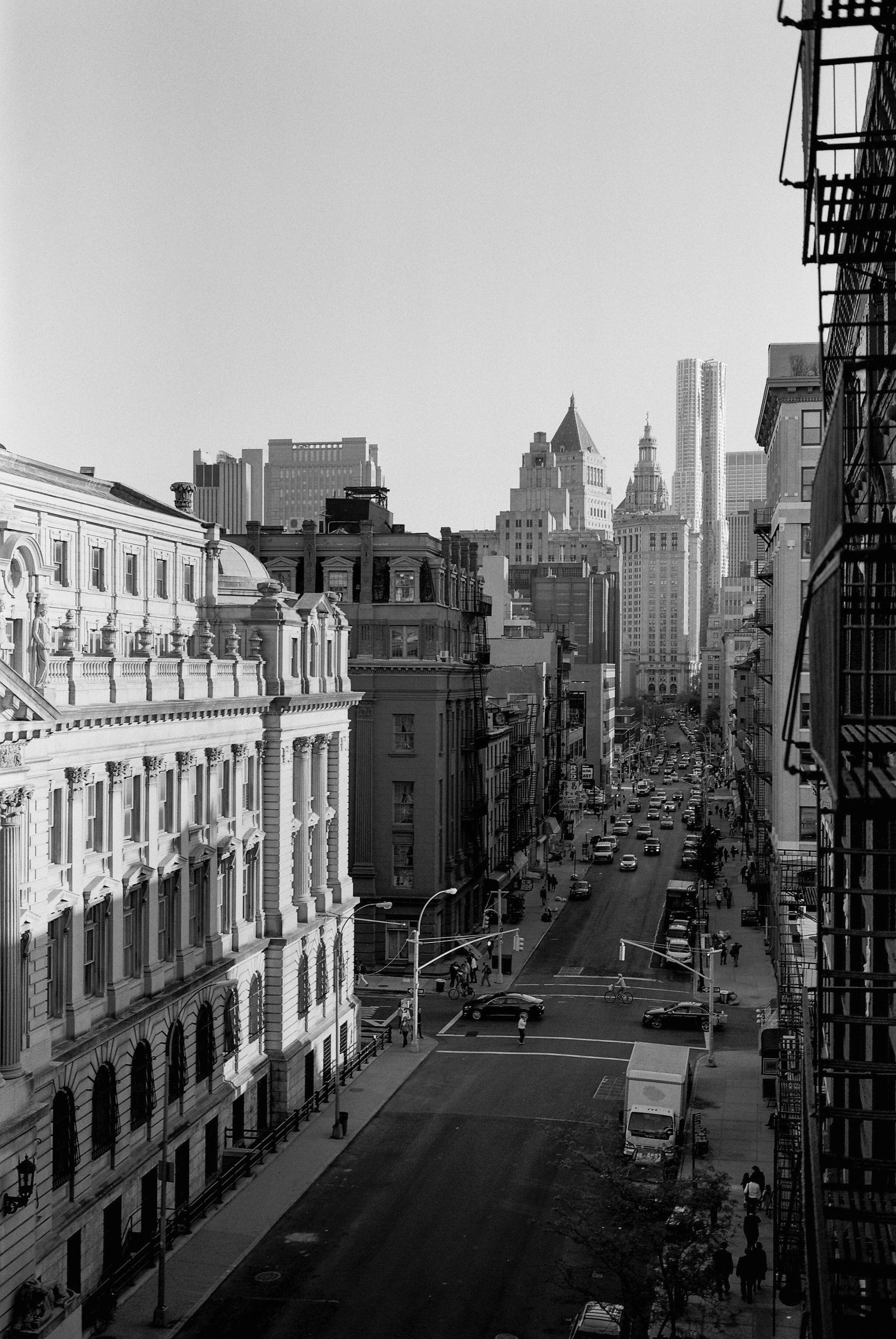 Off the Beaten Path

New York is full of opportunities to show things most people pass by without even noticing — there's almost no challenge in it, if you're moving slowly enough and paying attention :)

Down a side street in Soho, not far from Skillshare HQ, I discovered a lovely combination of light, contrast, colour, and texture, and I couldn't help capture it on a few different cameras. I love seeing the difference in my iPhone edit (top, vertical), and the film shot from the Fuji (bottom, this time on color Fujifilm 400H). 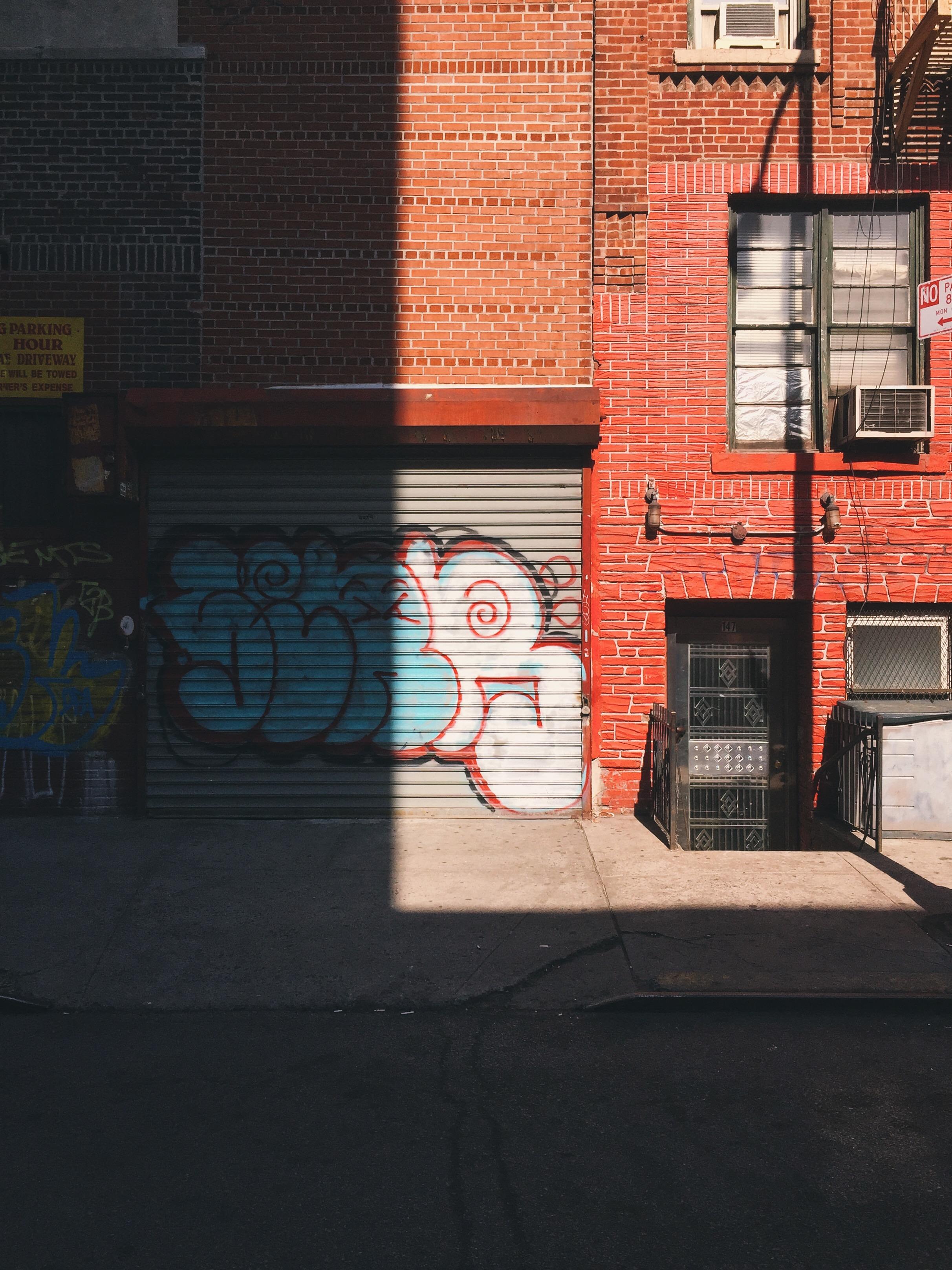 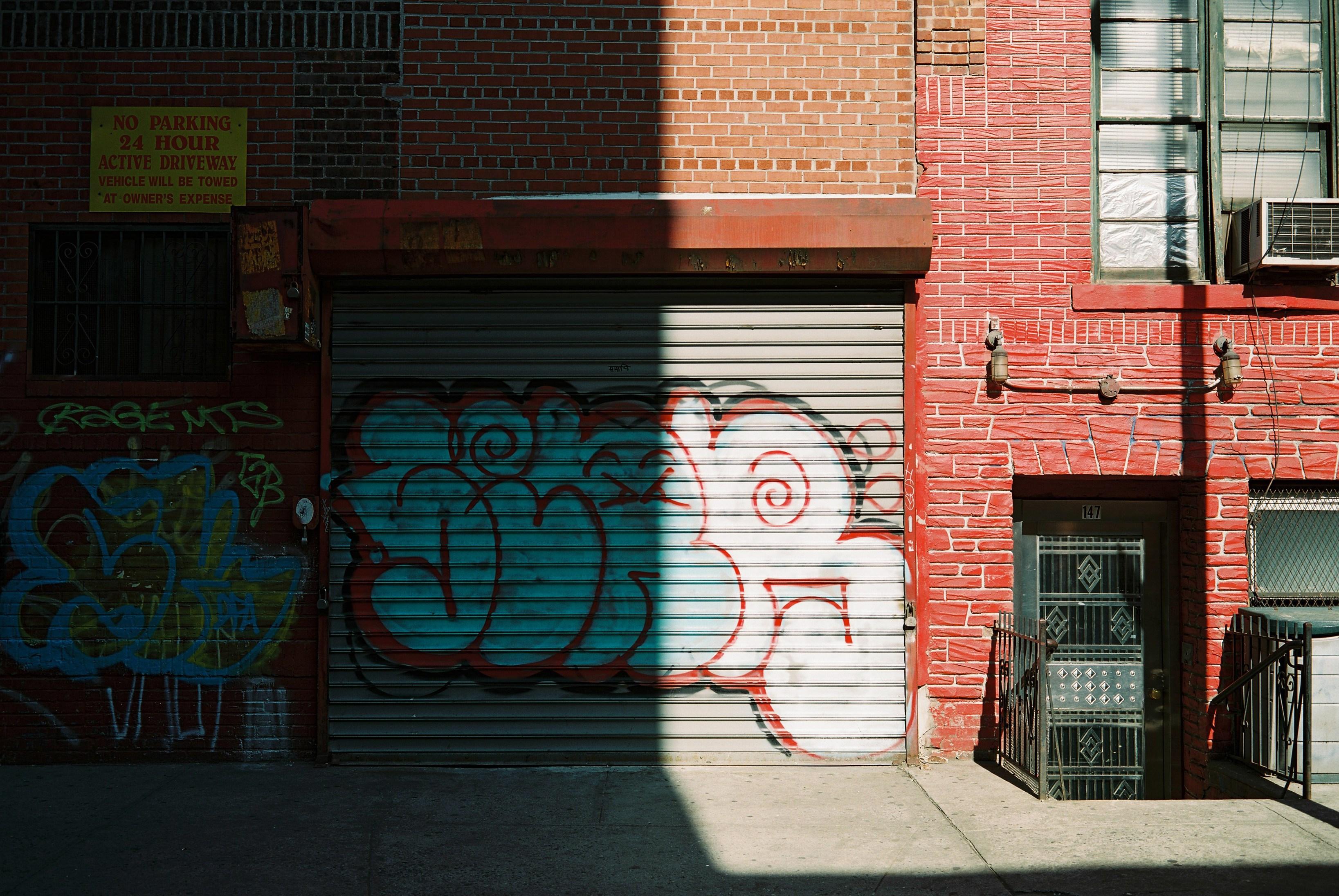 Exposing for this scene was different for each camera: for film, I metered for the shadows, then over-exposed by 2 stops; the iPhone shot was as balanced as possible, tapping right on the line where the shadow ends, then lowering the exposure slightly to make sure the highlights were protected.

I also love this shot of the yellow bench on Pier 2 in Brooklyn, shot on the Sony a7s (top) and the Fuji (again, on Fujifilm 400H): 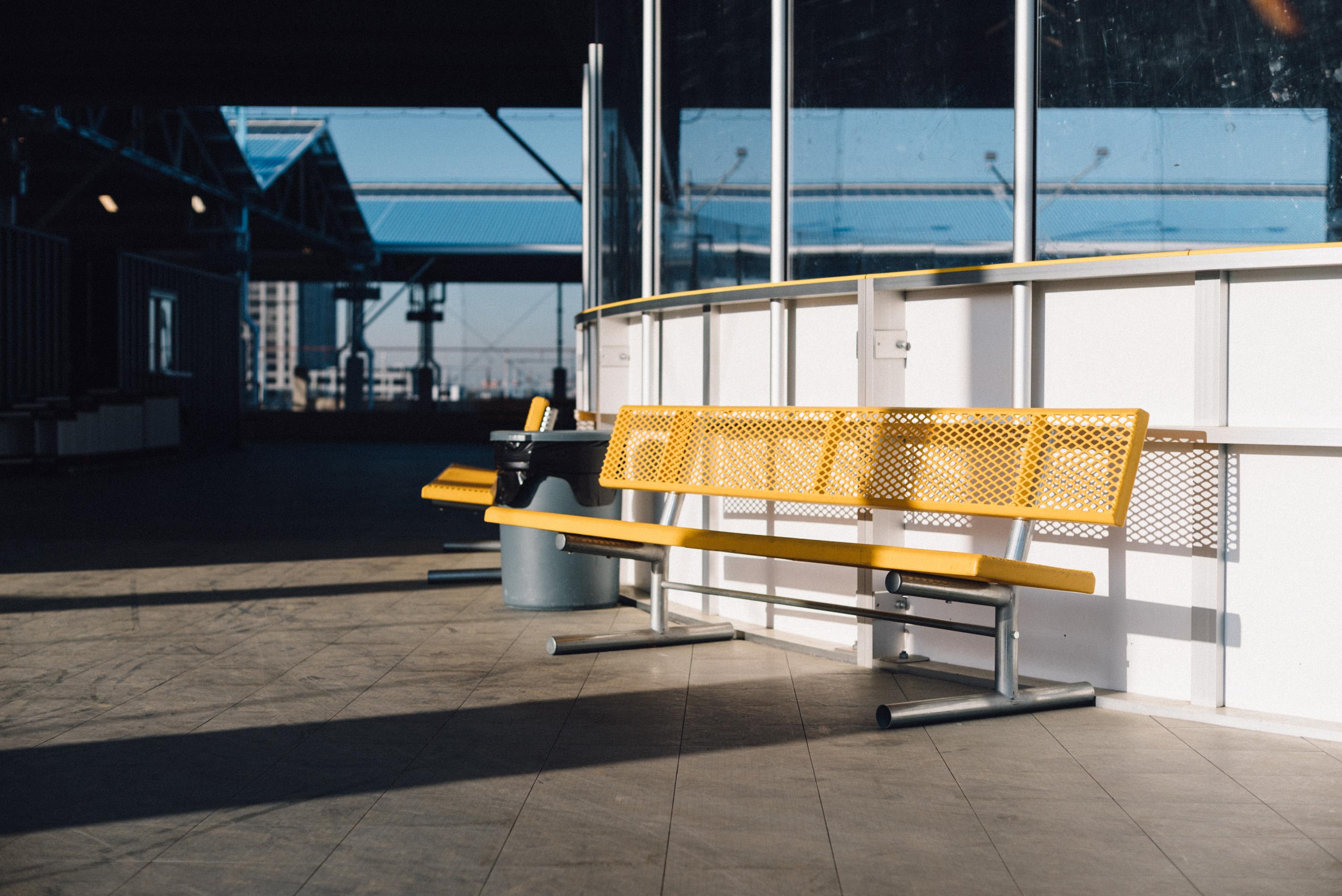 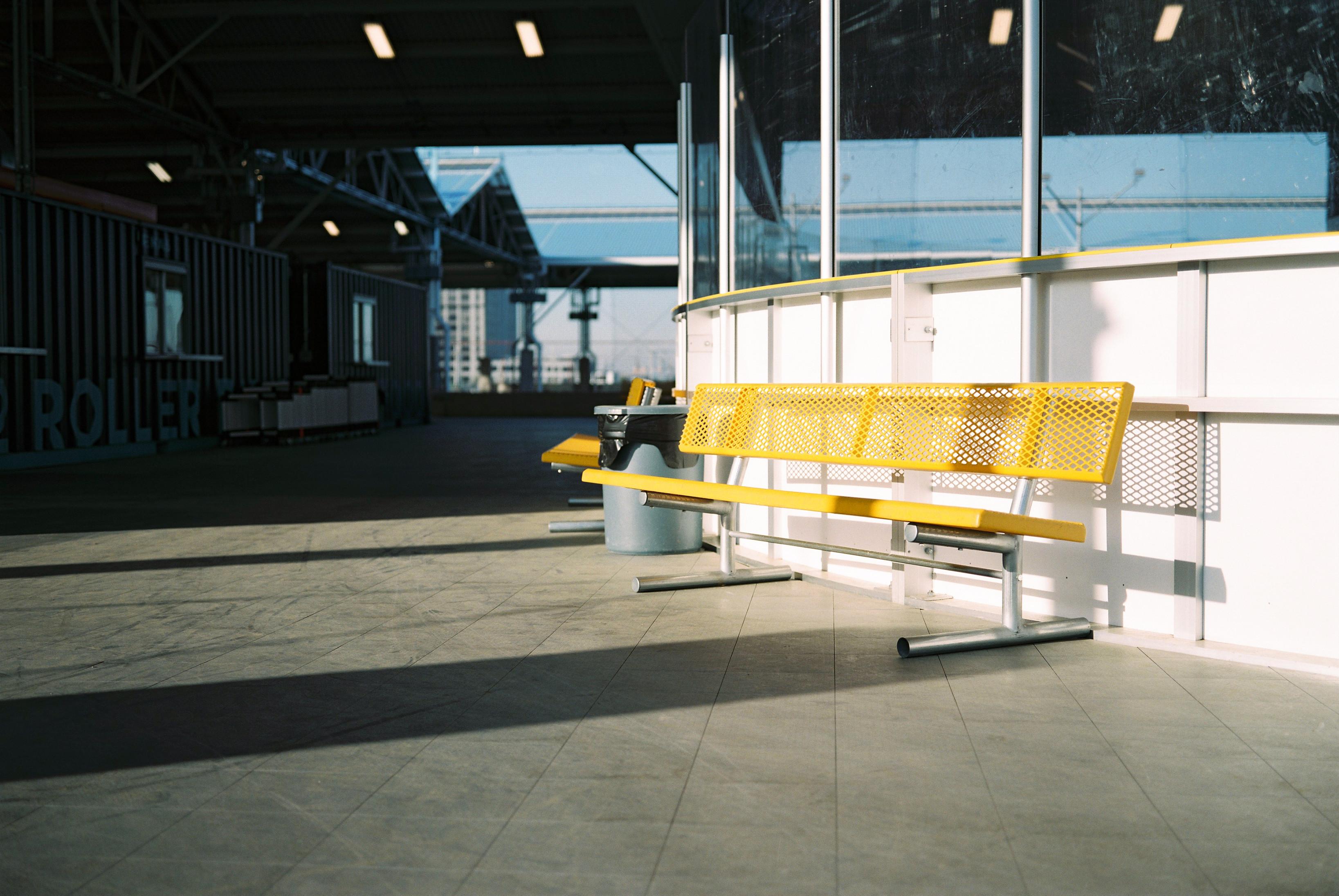 Finally, this shot on Impossible Project instant film — I'm never quite certain what makes me decide which camera to use (sometimes it's all of them), but in this case it just screamed to be shot with the Polaroid camera: 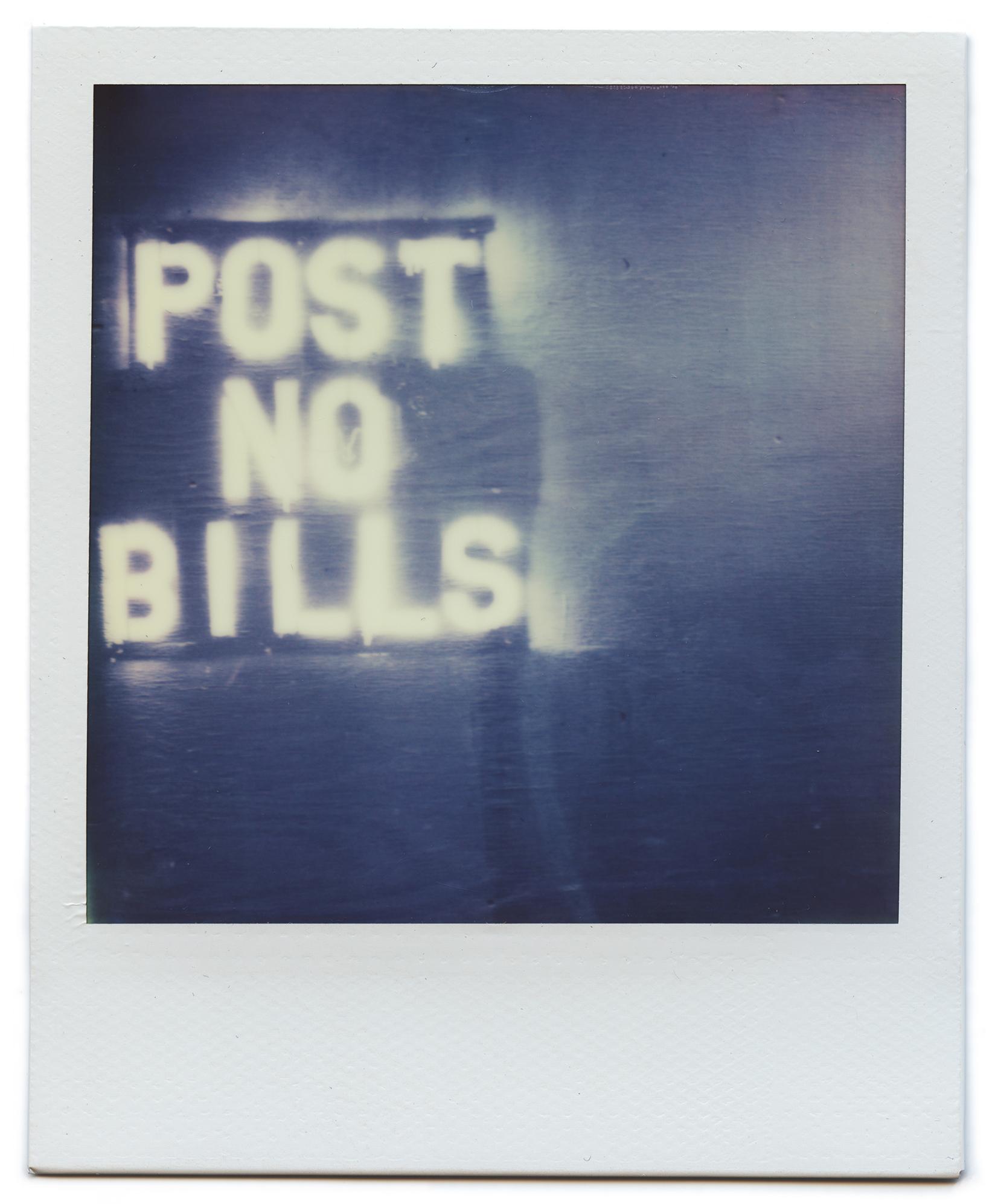 Middle of the Road

Once again, in Manhatten I was spoiled for choice when it comes to vanishing point opportunities — I shot loads of these, all on my iPhone (it's the easiest to hold high above my head for a more extreme point of view), and the one I edit in the class is my favourite of the bunch: 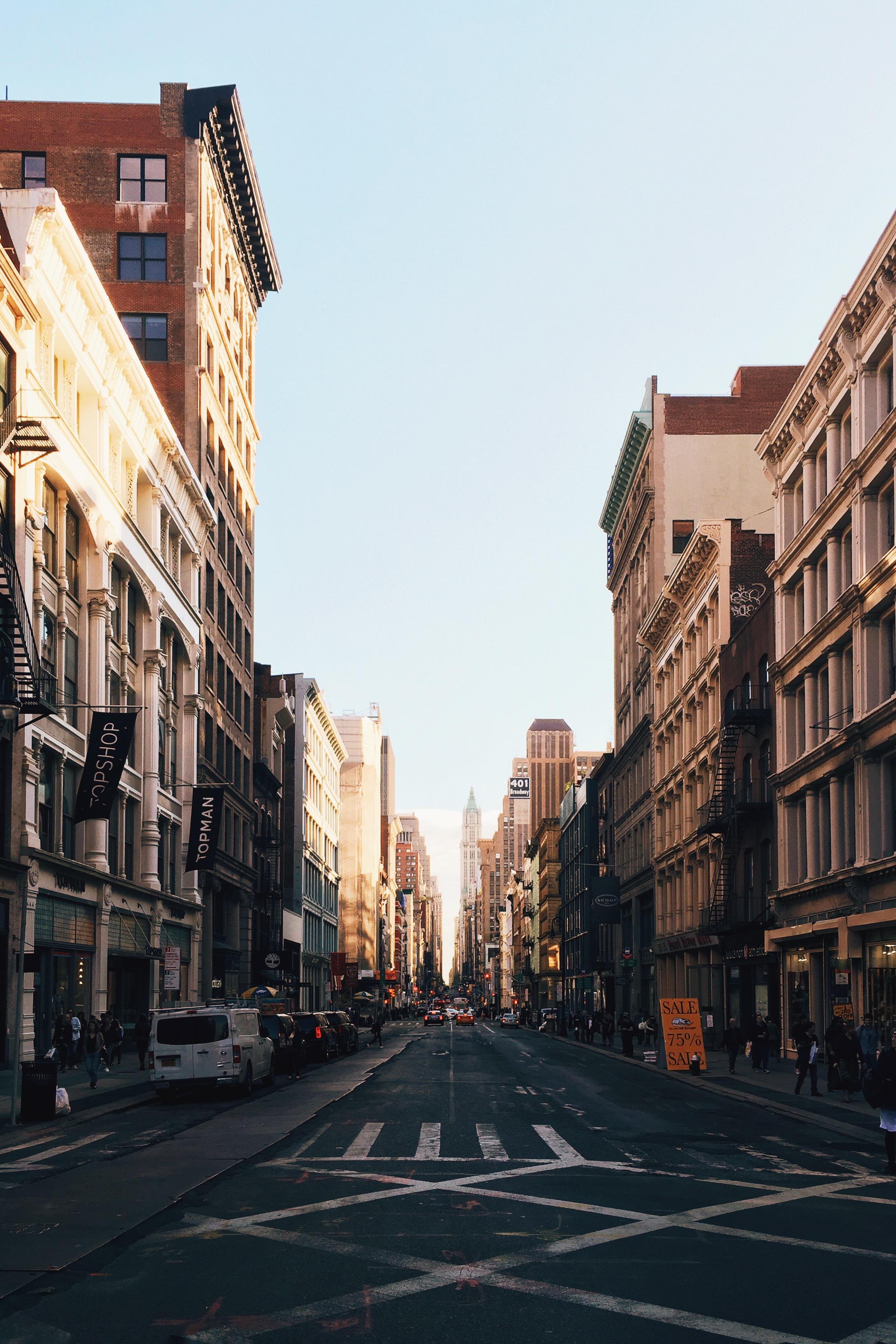 There's never a time in New York City where you won't find some sort of activity — it is, after all, the city that never sleeps — so the trick for me is finding moments no one else would think to capture, which involves slowing down and taking in as much as possible wherever you go.

This shot from the class might be my favourite from the entire trip — such a wonderful, tiny moment, shared between me and the dog, and then the bonus of that sign right above his head: 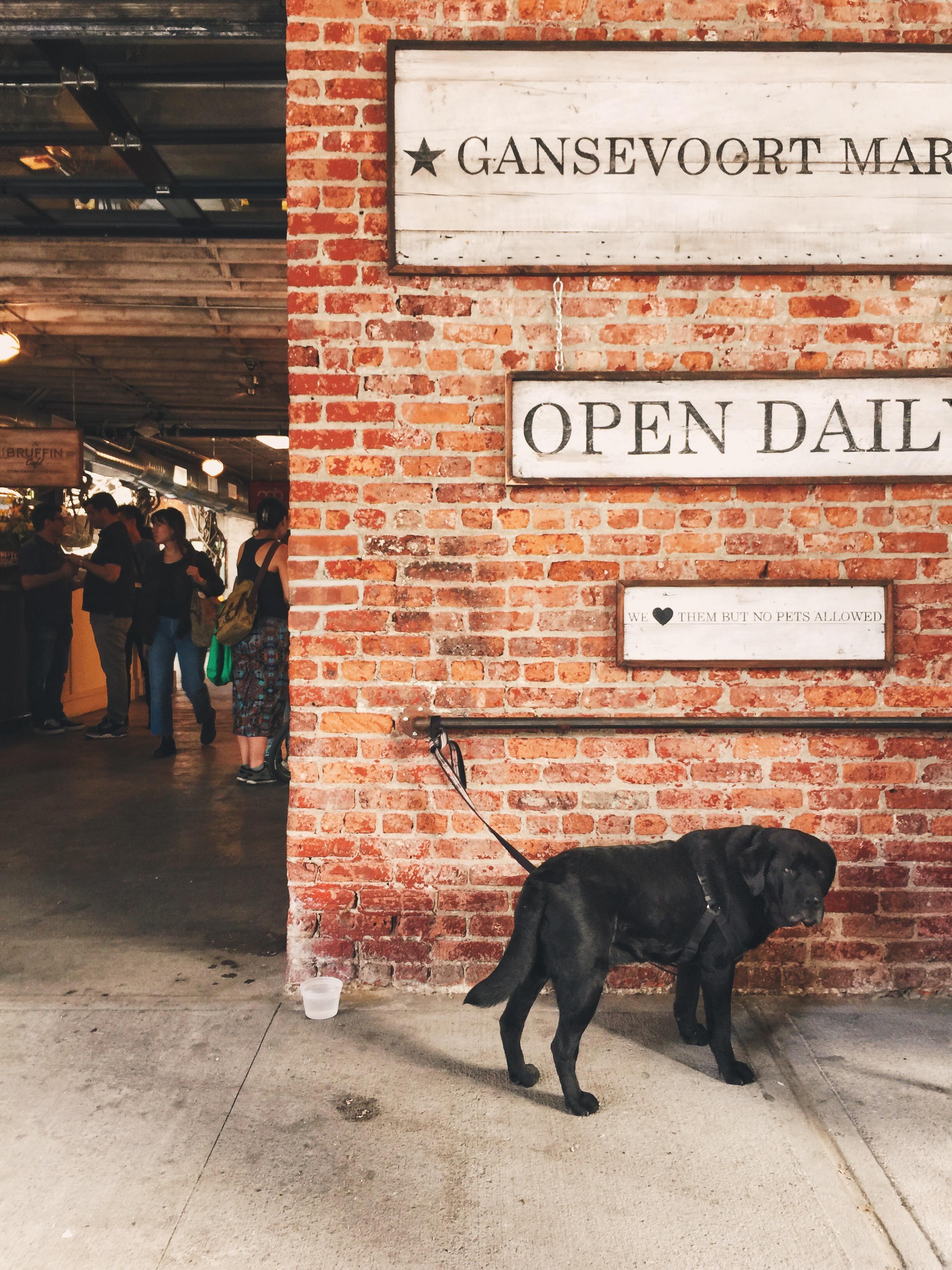 Finally, the shot everyone gets when they travel somewhere like Manhattan, but in a slightly different way — getting up an hour before sunrise to get this shot was definitely worth it, and by using the Joby tripod and The Glif to hold my iPhone, I was able to capture this long exposure using AverageCam Pro, nicely smoothing the water and accentuating the reflections: 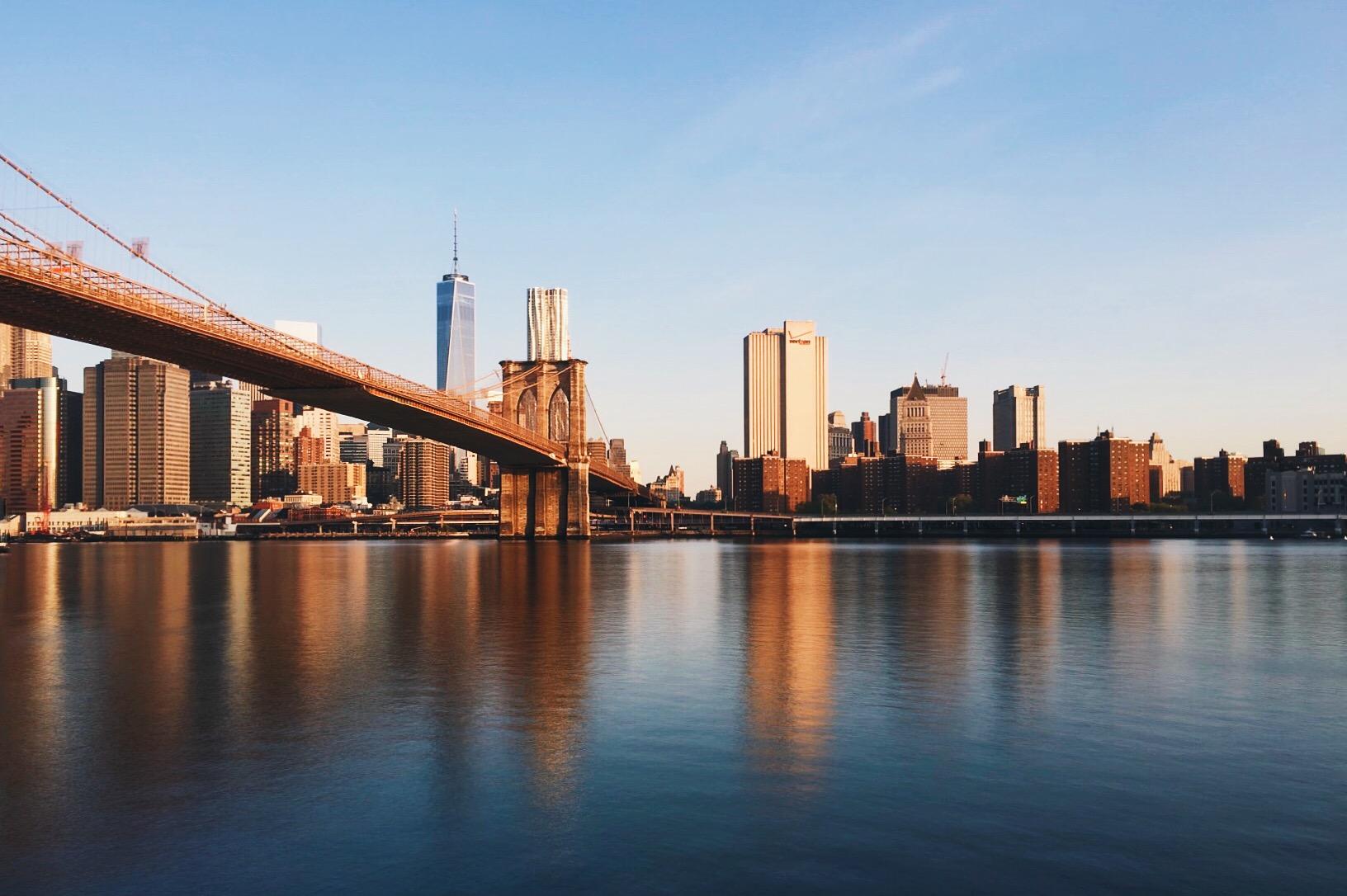 My last shot is an alternate perspective (also shown in the class), shot using the Sony a7s: 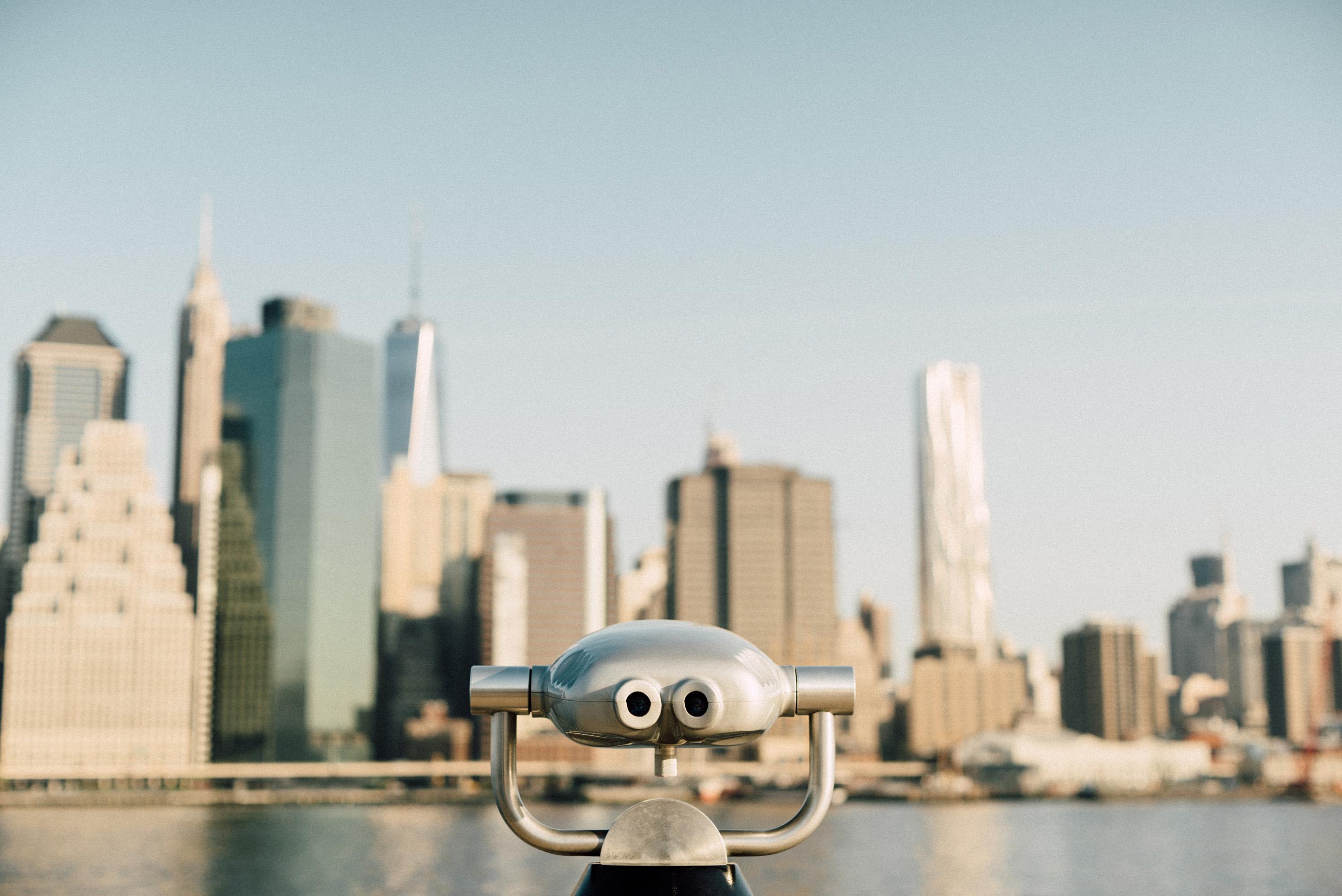 I really enjoyed exploring Manhattan (and a bit of Brooklyn) this way — I'm excited to see the results of your travels! 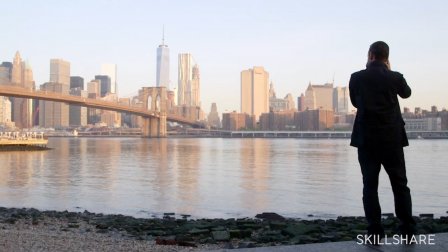