A View of the Sea

I've had to go to NYC really often this past year, and it's always so busy, so hurried, so noisy. I tried drawing different situations which would demonstrate the word 'loud', but I found myself returning to images of  trafffic and businessmen and annoying dogs.

I thought of using speech bubbles and jagged sound effects to emphasize the noises coming from all these places in the city. As contrast, there would be a little quiet space where there'd be someone (me) trying to have a little peace - perhaps emphasized by a contrast in color. In a few iterations, I sketched out a composition and individual elements. 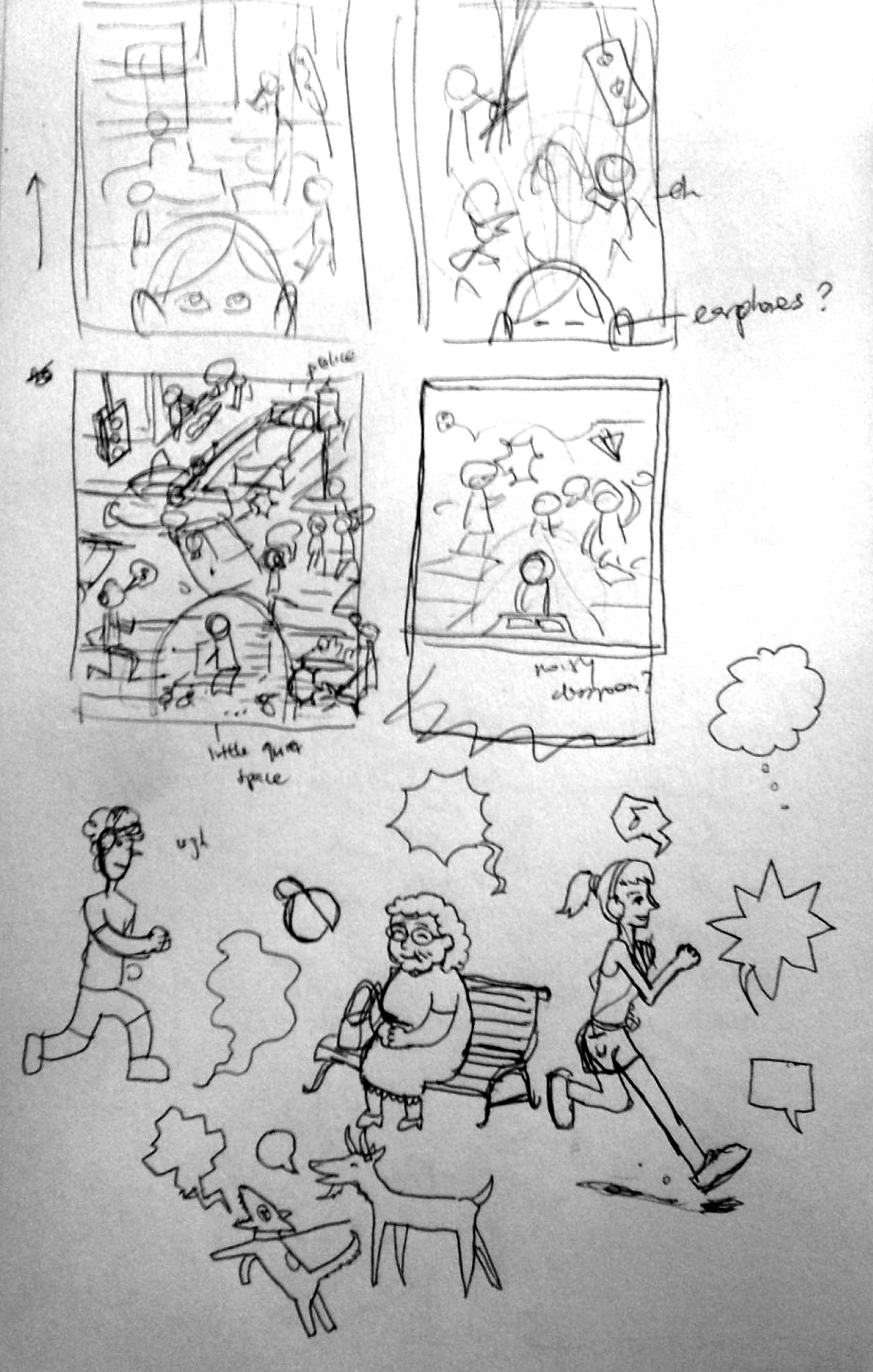 I've done a bigger sketch of one of my thumbnails, showing the compositional elements much more clearly. 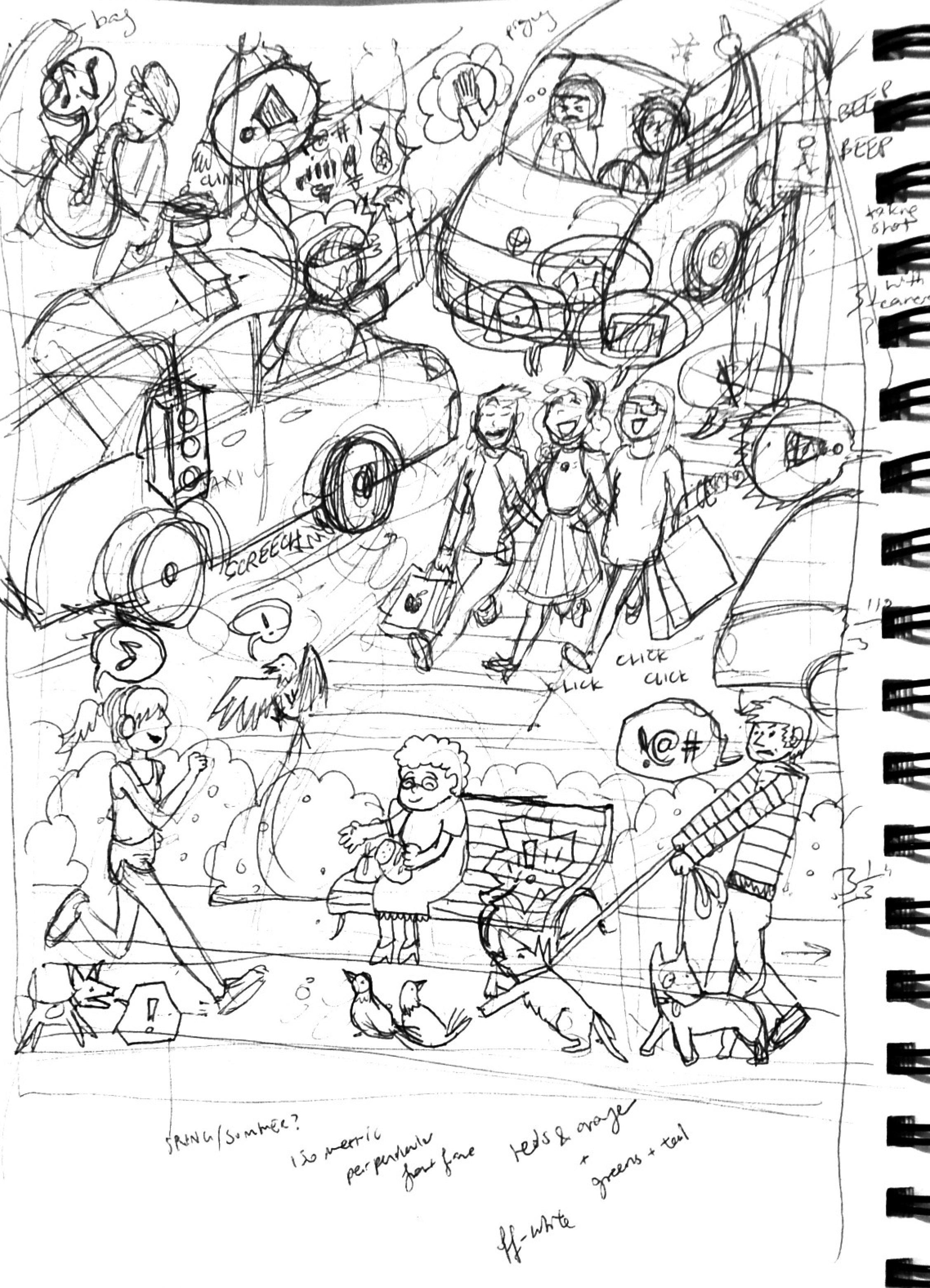 A couple of weeks (!) later, my half-vectorized AI file languishes... 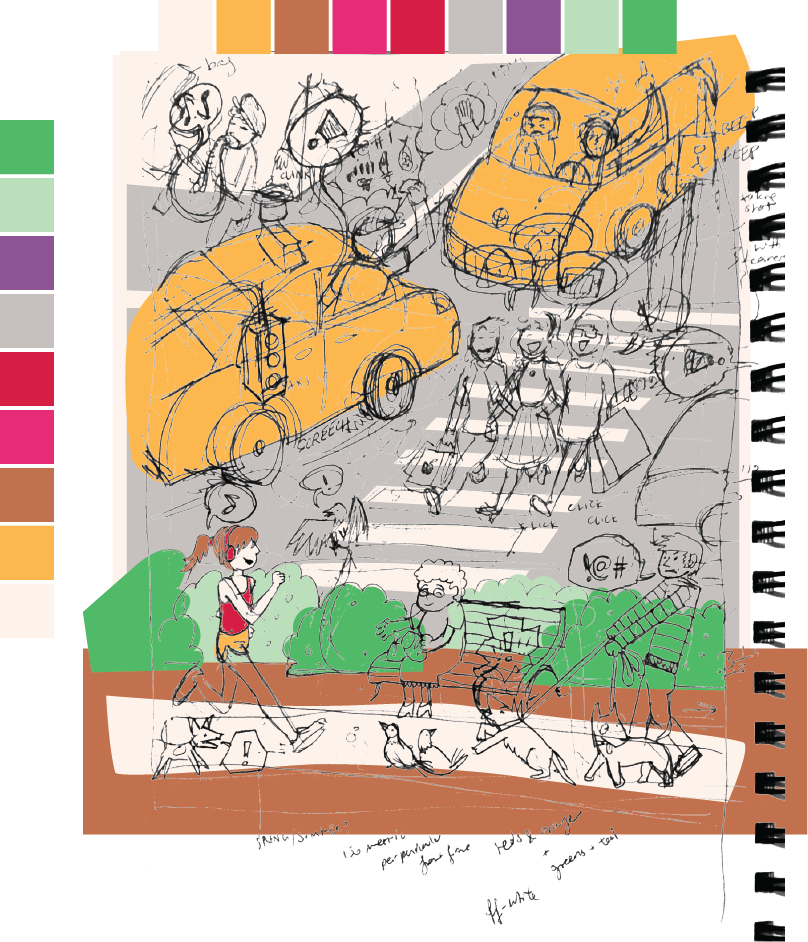 There's just waaaaay too many elements to vectorize, and, I suspect, too many colors. I need a new strategy.

I decided to change to Quiet.

I know, I know, it's kinda late, and I hate to disappoint the kind people who gave positive reviews.... but I can't learn Illustrator this way.

Here are some alternate layouts I did for Quiet. I'm doing a sea view - nothing queieter and more relaxing than that!

This is my first pass; an abstract approach. 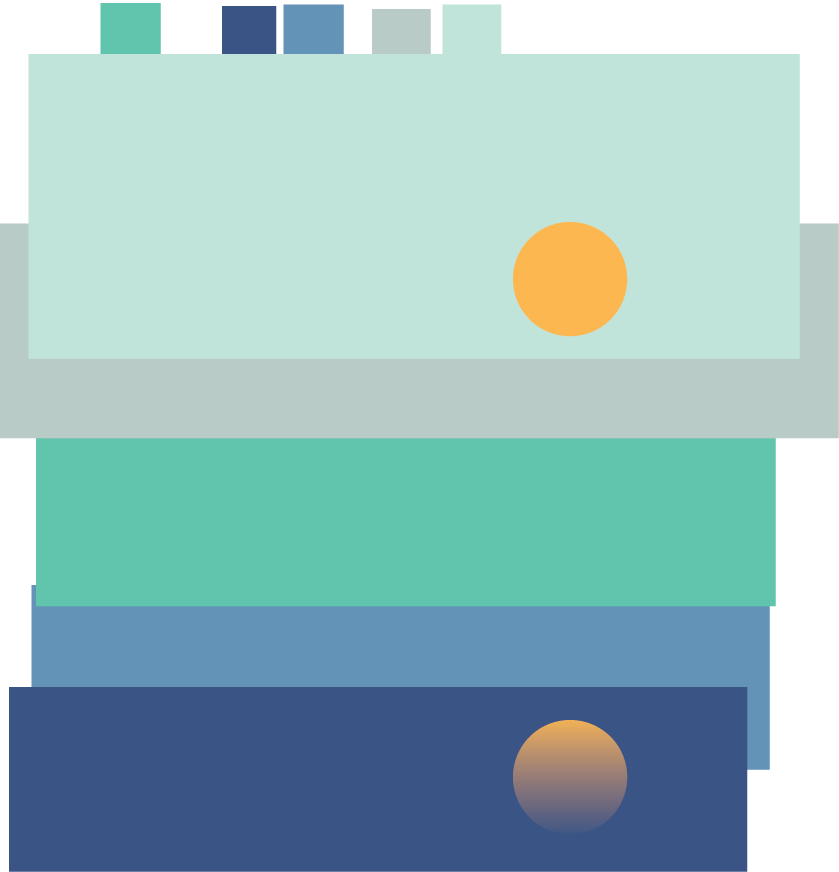 Too boxy. Needs gradients, clouds to soften it up.

In the end I decided to go for a something subtle; the sun is shown only through its reflection. 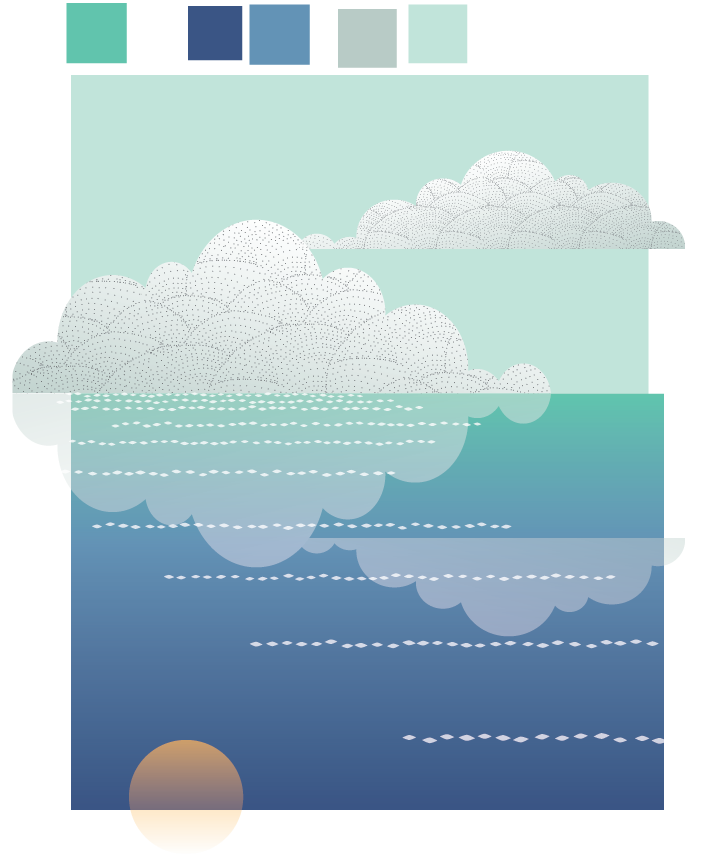 Better. But I'm not digging those white ocean ripples - they're too mechanical, distracting. But without them, the sea lacks texture.And the color of the sky leaves something to be desired.

By the way, how do I save images so that they are restricted by the bounds of the artboard? What the hell is the artboard for?

Apparently all I have to do is tick the Use Artboards option when Exporting as a PNG. Didn't work for me! I opened it in PS and chose to crop to Trim Box or Art Box. 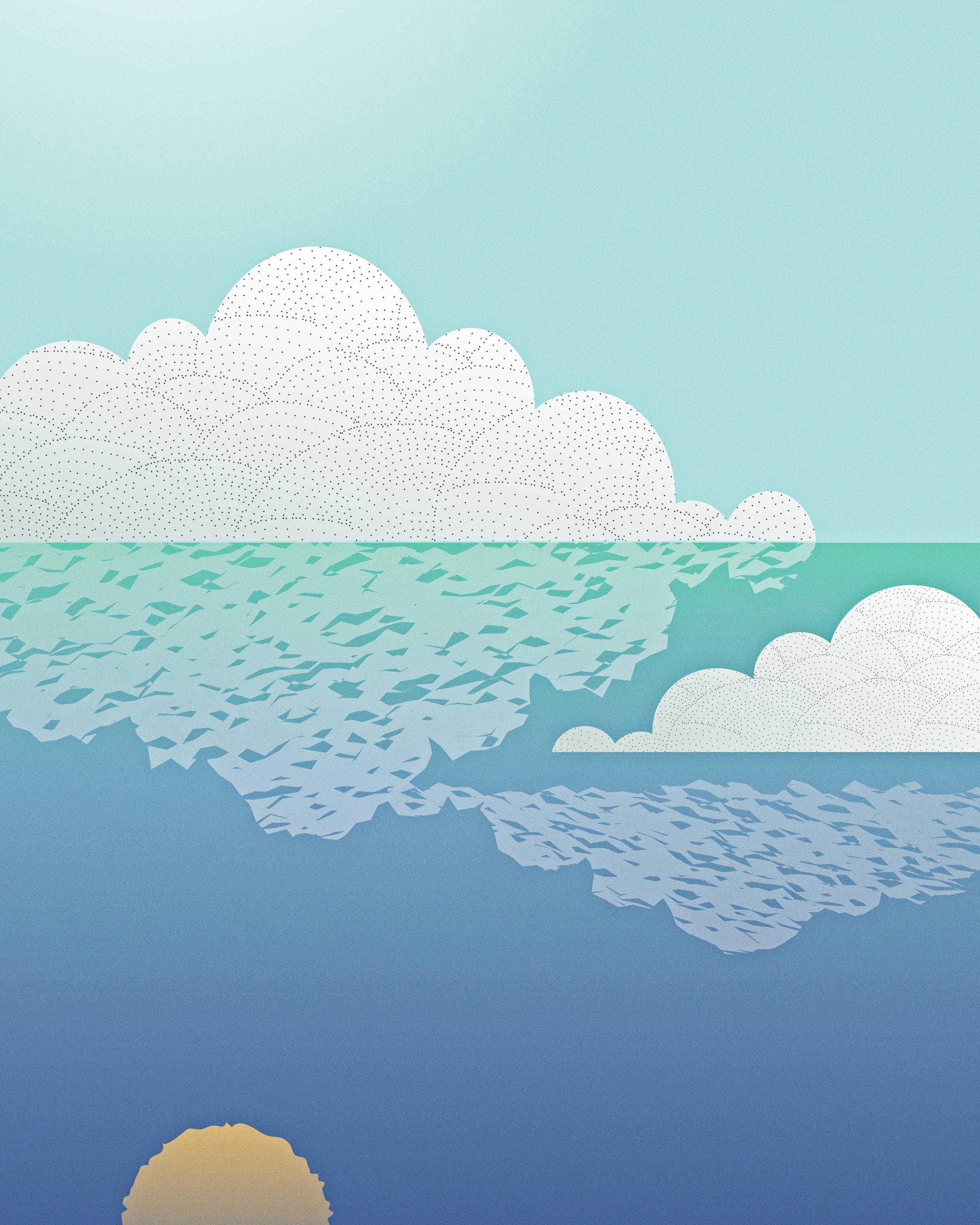 Mixing things up a little.

Has anyone had a problem where upon opening an AI file in PSD, one of your objects mysteriously disappears?