A Love in a Bottle

A story about two people falling in love because of a message in a bottle.

Nina is a lonely woman who wants love like no other.

She lives in an island with just over three hundred people. No one visits and can only be accessed by boat. Except for the group who decided that the island will be the wedding venue.

She never had the desire to leave the island except when she found a bottle that replied to her lonely message that has the initial I.S. but instead of floating in the sea, it was on her favorite bench on the pier.

Nina is a romantic that grew up in the island and wants nothing outside of it. She has a smile to give to everyone and rarely gets sad and angry. but as a single woman who never knew what falling in love is, she feels the loneliness.

She's an event organizer and most of the event she organizes are birthdays, wedding, etc. but mostly weddings as most of the people in the island are marrying each other faster than dying flies. Especially her client, Ms. Everette, who managed to become a bride twenty times.

She meets Rick on Ms. Everette's twentieth wedding as Rick's father is the groom.

Rick is a foot taller than her and is muscle bound. He's a professional football player that was injured. His father wanted for him to have a vacation and one way of insuring that is to be the one who will arrange for the wedding. He's overbearing and loud. But has a heart of a teddy bear, cute and cuddly.

But Nina wanted nothing to do with Rick's overbearing and obnoxious flirting especially when she found the bottle she wrote a message on and has a reply on it. She wanted to find the person who wrote it with the only clue of initials I.S. She was sure that the person who wrote back is on the island as the bottle wasn't floating on the sea but was put on her favorite bench in the pier where she always waits for her missing parents.

She was left on the island when she was just five. She grew up under the wing of the Mayor but emancipated herself when she turned fifteen.

She thought it was Rick's romantic and gentleman manager that sometimes visits him.

But when she found another bottle again, it was filled with another message but with a ring that she remembered she gave to a young boy who died when the boat he was travelling towards the mainland sunk.

It was the promise ring she gave to him in exchange for her promise to wait for him until the end.

She more or less avoided Rick and his manager altogether because of the promise. That was when she heard Rick and his manager talking about the messages and about the ring. She then confronted Rick about it and found out that Rick was the boy and that he didn't die and was adopted by his current father. She felt betrayed as she remembered reading news about Rick with other women and how he was a flirt with the other women on the island.

She was then comforted by Ms. Everette but soon found out she was her lost mother.

She was devastated by the lies that the people she trusted spun.

She decided to travel around the world to forget everything.

A year later, she came back on the island after experiencing the world. She opened up a store of knickknacks she bought all over. She already forgave Ms. Everette, her mother, who decided to wait for her return on the island. Her mother always visits her on the store and would tell her stories about Rick.

She went to er favorite bench one night and found another bottle and smiled after a year. Then one by one, lights flooded the pier and the lighthouse not far, lit up. She looked at the end of the pier and saw Rick standing there with a bottle in his hand.

There was a red rose inside and a ring. 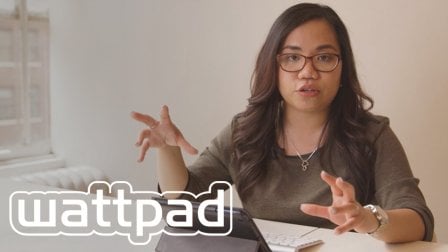