Well, I finally got to a place with texture and color that I think is pretty complete. I wanted the whole piece to have a very hand drawn feel. It was drawn and painted by hand, and then manipulated a little in photoshop and illustrator. I included the final image, as well as an image with just the fox. It may be a little lonely looking, but I kind of like the image with just the fox—it definitely looks quiet!

What do you guys think? Even though I said this was final, I still would love to hear your comments and feedback! You can always go back and change things! 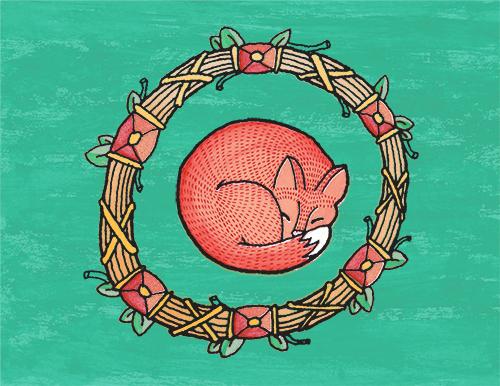 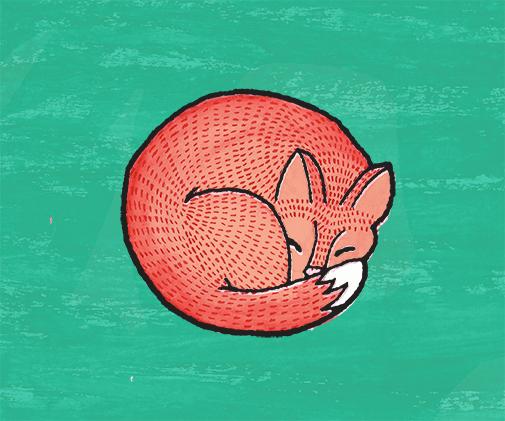 After choosing the fox as my final illustration concept, I refined the sketch a little, and inked it in pen on paper, and then scanned that into illustrator, as seen below. I like to ink my illustrations instead of creating them with the pen tool in Illustrator because it gives it a more hand-drawn feel. And the process of inking is very calming and therpeutic! 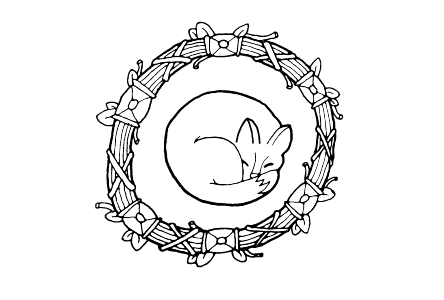 Then I started playing around with color palettes. I chose a few orange-y colors I wanted to use for the fox, and built my color palettes around that main color focus as Brad suggested. After going through ~20 versions, I've narrowed it down to 6, but am having a hard time deciding which one I like most! What do you guys think? I really appreciate all your comments! 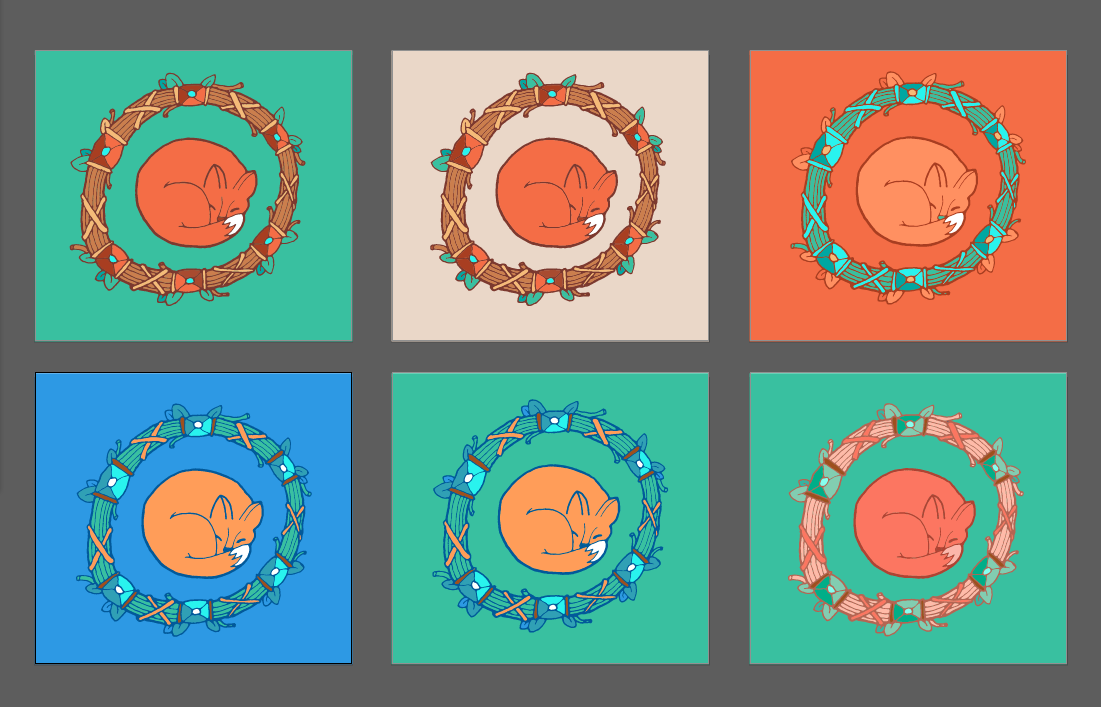 Here's an upclose image so you can see the details and line work: 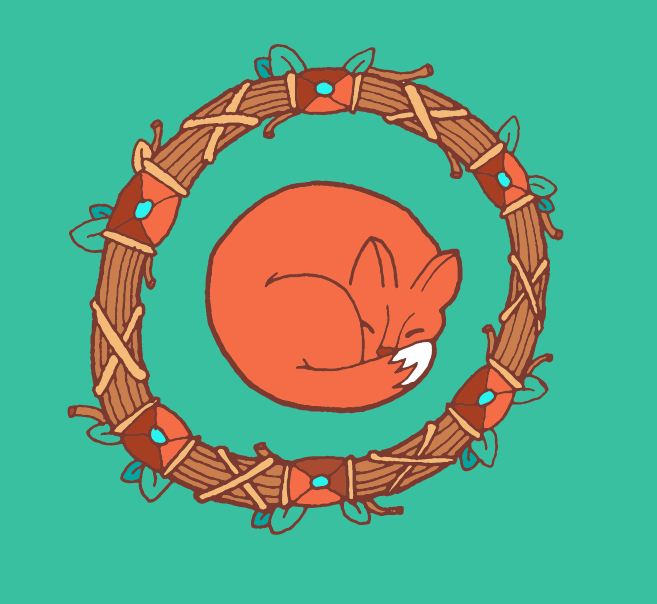 I chose the word quiet, because I can personally relate to it more than the word loud. After choosing my word, I began by listing similar words as Brad suggested, and this helped to spawn a lot of ideas. I also did some of my sketching in a library and in a garden to try to get in an even more quiet mood. This first image is the set of sketches I did in the library that include some of my surroundings and a few other imaginary characters or situations that relate to being quiet, and maybe a little shy. I kind of like the idea of the empty chair, rug and lamp because it looks completely silent and untouched. 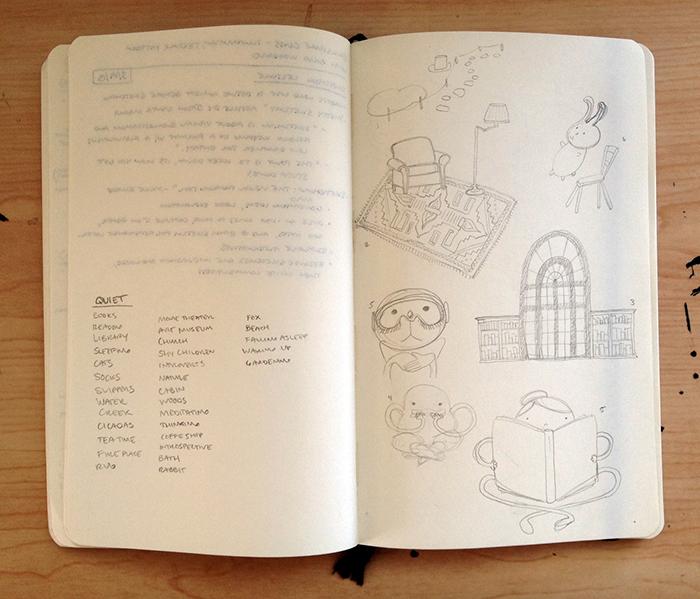 This second image is another set of sketches I created to go beyond the first set of ideas I had. I started out thinking of sleeping animals and how peaceful and quiet they are, particularly foxes which always seem to move so silently. This led me to think more about nature and I thought of bones and skeletons being quiet, still, and undisturbed. I also sketched my french press and favorite coffee mug, because the time that I make and drink coffee is a ritual in my day that is the same every day and relaxing me into a quiet, ready-to-work mind set. I'm not quite sure which concept I want to continue with. Thoughts? 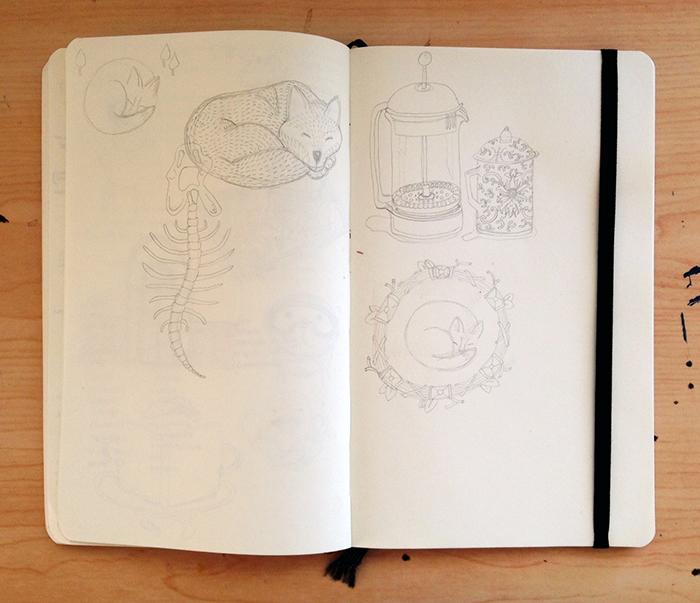