I created a simple cover image for this project using PowerPoint and its Shapes feature. It's one of my first icon designs I'm happy with!

I just had an idea and finally decided to draw my own brush icon. I was able to do it using Noun Project standards and I'll be uploading it there except for the final steps of using compound paths and no grouped items. I'm not quite sure how do to all that in Inkscape, which is what I am mostly using right now, but hopefully after I watch the day 3 video it will become clear.

So here is a simple PNG for now.

I started a one person design studio in August. 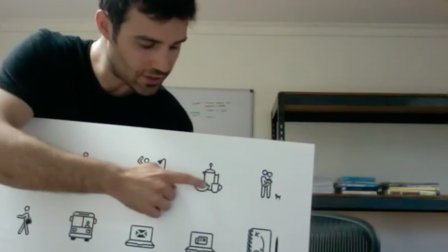 Illustrate Your Day: An Intro to Symbol Design
Edward Boatman