A Cup of tea and tarot

I used an old half shelf that I found in the shed to make a photo area next to the window. Then I placed some weathered pieces of wood on top to make an interesting setting. The background is a wood place mat from World Market that is just propped up against the wall. From there I layered a book, tarot cards that had similar tones to the cup and tea, some crystals (again in similar tones) and Spanish Moss. For lighting I used a couple of tealights and XMAS lights. The xmas are wrapped around a picture frame that I took the glass from and kept mostly our of frame, being sure to leave enough behind the cup so that it could glow. I took the photo just before the sun totally set and and was able to get that bluish tone mentioned in the class. Overall, I'm pretty pleased for my first attempt. Also including full square image and a couple of variations from the same shoot. 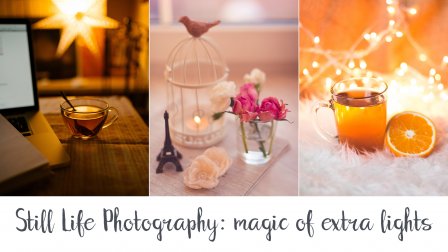