A Bit of a Fiasco Here - But I Know Why!

So, it's kind of embarrassing for me to post anything here because my macarons didn't exactly macaron, if you know what I mean. And it's not like I have no cooking experience. I've been cooking for years. It's more like an equipment failure than anything else.

I decided that I wanted chocolate in my shells. I did some reasearch and found another recipe that used 3 Tbsp of cocoa. So, I used 3 Tbsp cocoa plus enough almond flour to make the 150 grams. But I'm pretty sure that wasn't a problem.

The ganache was super easy and came out rather well. Tasty too!

The shell process worked up to the point where I put it into my stand mixer. I have a 7-quart Viking mixer. Super big because mostly I bake bread in it. (Every other week - told you I wasn't a newbie!) It turns out that sometimes BIG isn't better. My 55 grams of egg white barely coverd the rounded bottom of the bowl. And when I tried to pour in the sugar/water mixture, it ran down the side of the bowl and kind of stuck to it.

I nearly gave up at that point, but I figured I could salvage something from the project. Much of the sugar/water mixture remained stuck to the bowl, so I know the consistency was way off. But I persevered. I even scraped some of the sugar off the bowl. But that wasn't such a good idea either.

I was using a ziplock bag and sometimes lumps of sugar poked through the whole. That's part of why these guys below look so lumpy. 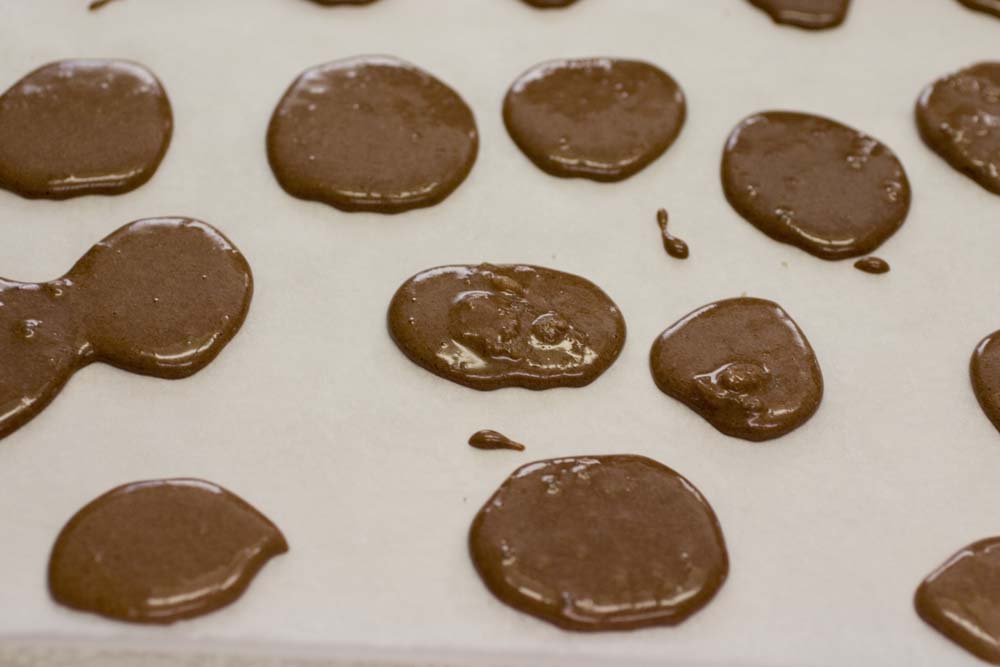 Plus, the batter was way too thin because half the sugar was left behind. So it was difficult to control the flow. I baked them anyway, after they sat for 30-40 minutes. This is how they turned out: 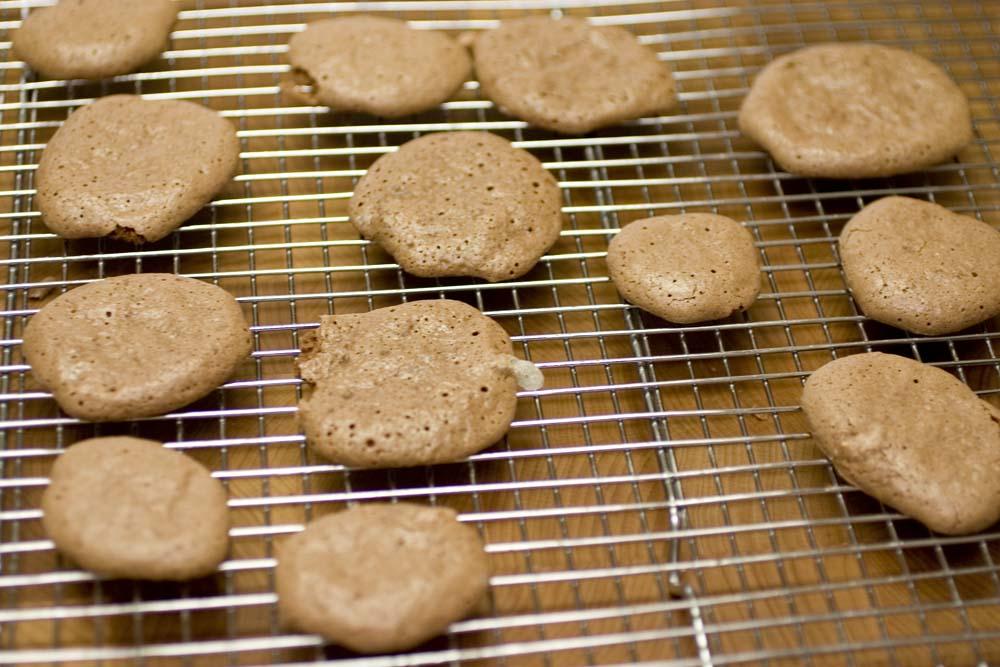 As you can see, some of the sugar extruded out of one of the shells.

It was difficult to match up my shells, but I managed to get 14 match ups out of the mess. And bless his heart, hubby said they tasted good.

And actually they did.

So, I'm curious if there's a way to resolve the issues I had, short of buying another mixer. Because that's not happening anytime soon. I'm open to any suggestions.

Here's a picture of the finished product: 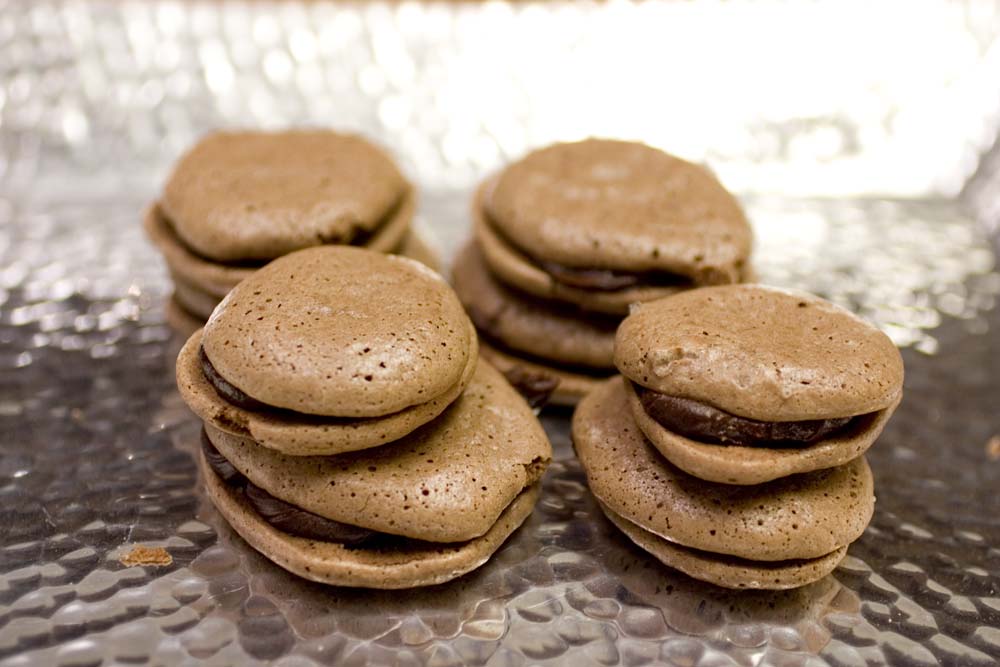