Amy .. the demo on granulating vs non-granulating colors was helpful.   I have seen the effect, but never realized it was associated to specific colors until the segment in your class.

I had to do the projects several times since my early 5 min attempts were pretty messy, but the effort helped with the concept of not overworking the color washes. 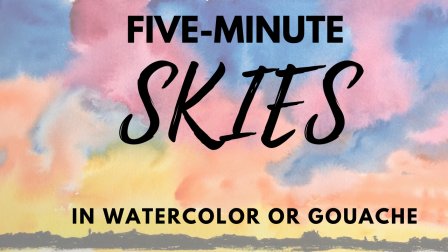