Draw an animal insect hybrid that can be turned into a sculpture.

The intention isn't to be perfected designs. It is to be more relaxed about sharing bad work - and let's be honest, I think everything I make is bad or at least not good enough. lol I also want this to make the act of creation a daily habit and to give myself permission to be ok with mistakes, to value the creative idea over perfected execution.


18 days in and I'm starting to worry I'll not be able to continue coming up with interesting mixes, despite having such a wide range of creatures to choose from. I think that in the coming days, I'm going to start allowing myself more deviation, rather than strictly adhering to the reference images.

At this point in the process, I am beginning to remember how much I enjoy drawing and have started studying artists whose work I like again. I've also begun doing some other practices each day - gesture, pose and basic line warm ups. I've just begun these, but the intention is to keep pushing to strengthen confidence. With luck, I'll be back to update at Day 27.

27 days. I'm somewhere between burned out and freely creating. I've removed the arbitrary restrictions I placed on myself at the start. With the last, I'm also removing the full form aspect as a necessity. I don't know if I'll make it to the end of 100 days, but I've gotten over the quarter mark, so that's a thing. I feel this last round has really started to shift into a direction I want to go in. The creatures are no longer as identifiable, with some elements taken from subsections of a reference image and others featuring elements drawn from memory. I think this exercise has been really good for me. 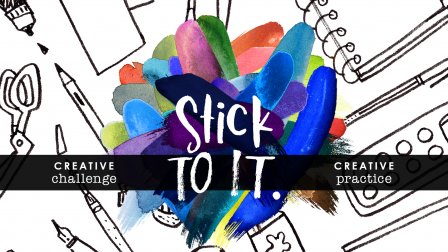 Stick to It: How to Maintain a Creative Practice
Amarilys Henderson