So I decided to fiddle around with this project for a little bit, and when I designed it for the first time I just used a random shape draw with the ellipse tool, then moved on from there.

The first product I came up with, was this!

SO, first we have the whites:

THEN, we have the colored version of it. (not really sure how much I enjoyed these colors)

AFTER, I showed a friend of mine who mentioned doing something resembling where we went to school. Now being from the Upper Peninsula in Michigan, I thought of the Great Lakes. I went to school at Northern Michigan Univ. in Marquette, Michigan which, if you don't know, is located on Lake Superior. That being said, I did one for Lake Superior and came up with this!

I didn't end up doing a white version because there wasn't enough shadow in the bottom right hand side and the whites kind of faded in with each other to make a big blur in the image. Anyway, if you have time, and enjoy it, hit the "L" button, and give some feedback! Its much appreciated and heck of a class, Rich!

UPDATE: Ill be making this a series and adding on as I complete them. Here is the next one for the day. 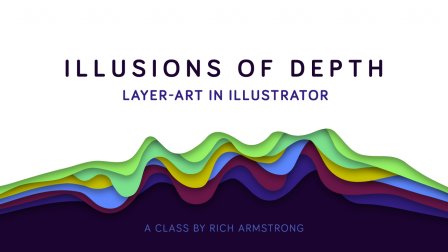