So this assignment was a lot of work but also a lot of fun. I had this idea to illustrate part of a city at night and I wanted it to be kind of crooked, quirky and definitely not in correct perspective. I like my illustrations to be a bit of :-)

So I started with this quick illustration just to have a base.

Trying to use everything else than the pen tool I quickly shaped my city and moon:

After A LOT of squares and a few circles I tried to follow the light from the moon through the buildings to determine the lightness and darkness of the colors. I don't feel like it's totally there, but it is what it is :-D

To make more depth in the illustration I used grain for highlights and shadows and outer glow for the lit windows and moon. Again, don't feel like it's perfect, but it took me so long to add every detail that corrections of light/shadow will come waaayy later when I'm up for it again :-D

It was a very fun project and I'm sure not using pen tool saved me a lot of time in the beginning this project :-) And I'm quit happy with the end result!

And this is the other illustration: 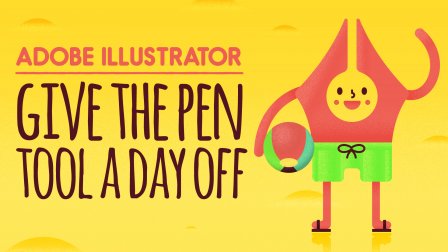