For my project I choose phrase "alien baby". I made a sketch and scan it.

Then I made a guidelines and vectorize my lettering.

This technic is really simple and fun. I made some improvement to my lettering and it was really easy because of such a little amount of anchor points!

At first I made my letters perfectly aligned, but then I realized that it looks boring. I added some chaos, for example letter L has a different slant and Y became more playful.

Also I played with colors.

But I decided that most of all I like first neon blue version.

I added some added texture and edited color in photoshop:

And I decided that it can be a nice greeting card, so I draw the UFO on the background 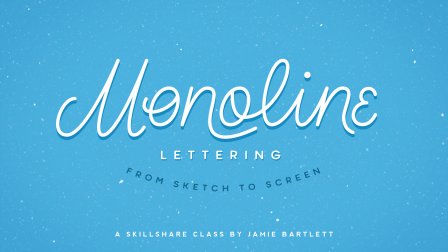