The MMORPG scene is expected to flourish in 2021. Blizzard and Square-Enix's tried and true titles are continuing to gain traction. Amazon is entering the market and small, independent game studio is showing potential. Here are 5 games I’m looking forward to in 2021.

Chains of Domination: Patch 9.1 is the newest content update for the Blizzard MMO which released its latest expansion, Shadowlands last fall. The story continues from 9.0 as the Jailer, the primary antagonist of Shadowlands, bolsters his ever growing army

Sanctum of Domination is the new raid for Patch 9.1. Korthia, a new zone was also added. Other additions include changes to Mythic+, a new arena PvP season, collectible pets, transmogs and the ability to use flying mounts in the Shadowlands.

At the time of writing, Shadowlands is on sale at the Blizzard store for 25%. The base edition gets you the stand-alone game, while the epic and heroic editions include collectible cosmetics, bonus game time and a shadowlands ready character level boost.

World of Warcraft Classic is a faithful recreation of Blizzard’s original MMO that was released in November 2004. The game is now in its second iteration, The Burning Crusade, which was released in December 2006.

The Burning Crusade is recognized by long-time WoW players as one of the best expansions ever released. PvE content was challenging and required preparation as well as utilizing class synergies. The PvP scene was competitive and rewarded players with good gear and skill. Reputations had worthwhile weapons, armor and items. The Burning crusade was also the first expansion where flying mounts were introduced.

Classic WoW (and Burning Crusade) is already included in your WoW subscription. The deluxe edition includes collectible cosmetics, bonus game time and a level 58 character boost. The boost can also be purchased individually.

Final Fantasy XIV is Square-Enix’s competitor in the MMO market. The game released its third expansion, Shadowbringers in 2019. FFXIV has a strong player base (over 22 million) and has received accolades from IGN and PC Gamer.

FFXIV puts story at the forefront while teaching you the basics of how to play an MMO. The mentor system encourages experienced players to help new players. Character customization is vast and classes can be switched to anytime.

WoW players have been trying out FFXIV recently. One of the most popular among them is Twitch streamer, Asmongold who started playing FFXIV a few weeks ago. Asmongold’s streams can have as much as 200,000 viewers.

A free trial of FFXIV is available for download on PC and PS4 which has certain restrictions. The complete version of the game with all the already released expansions, as well as the upcoming Expansion, Endwalker (Release date Fall 2021) is also available for purchase (Pre-order for Endwalker).

I know what you’re thinking-- Amazon? The same Amazon that delivers my packages? Yes; they have now expanded over to game development and New World is the MMO they are working on.

New World’s open PvP system makes venturing out into the open world dangerous, yet exhilarating and rewarding. Crafting in the game is vast and immersive and there is enough solo and group PvE content to keep players occupied. New world will also have a cash shop where collectible cosmetics can be obtained.

New world releases August 31, 2021. Streamers and content creators have uploaded gameplay from the beta for anyone wanting to know what the game looks like and how it plays.

Intrepid Studios is the newest and only independent game developer on this list. Their flagship product: Ashes of Creation. This game is said to be one of the most anticipated MMORPGs and a unique take on the genre.

Ashes is a sandbox MMO, meaning players are to explore the open world and become part of a community without any impact on real life. The map is large, but mounts are attainable. You have two choices of combat systems; tab-target and action combat. Player housing and nodes allow you to create your own in-game infrastructure.

Ashes is still in alpha at this time. The verbal NDA was lifted a month ago and the full NDA will be lifted this weekend. The best way to keep up with the game’s progress is to watch gameplay videos from content creators as well as joining the official Ashes Discord server.

Is there an MMO that you play or are looking forward to that I didn’t mention? Have you never played an MMO before and are now thinking of trying out one or more of these games? Let me know! 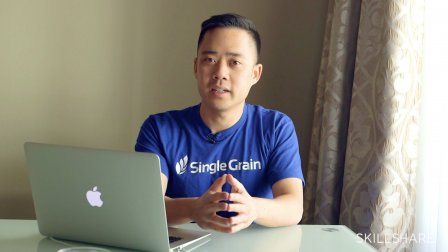