Setting: A fantastical land where unique creatures with elemental powers can be found and where strange villains lurk. The players progress along a trail through this world, passing through various habitats/terrains (forests, mountains, rivers, glaciers, deserts). Current time period.

Main Characters: A diverse set of kids, ~8 years old. Each kid has a unique personality and personal style. These kids share a passion for creatures and want to learn more about them.

Narrative: A group of intrepid kids embarks on a challenging journey. As students at [Creature School], they find themselves in a predicament when their professor is kidnapped by an evil sorcerer just days before their final exam. These plucky students will compete for the highest exam score in the most unexpected way--by rescuing their professor. They must trek through terrains at once charming and unforgiving, use their creature smarts to solve predicaments and overcome obstacles, and combine their strengths to defeat villains along the way.

Primary Conflict: Players are students who compete for top honors at [Creature School] by using creature powers to solve problems and defeat villains.

What is a player trying to accomplish?

Players must collect a diverse array of creatures and use their powers to solve problems and defeat villains, ultimately rescuing their professor.

A player has won when, after bonuses are given and scores tallied, they have the highest final score. This player may have done any combo of the following:

What resources do players use to accomplish the goal?

What causes a player to lose?

Lowest score-luck of the draw in terms of creatures collected and problems encountered. Maybe players can opt out of participating in villain take-downs if they feel the risk of being sent back is too high (creature powers not diverse enough, not enough creatures...), lowering potential score.

Overview: Intrepid [Creature School] students embark on a competitive and cooperative quest through a mystical, dangerous, creature-filled land in order to rescue their professor and complete their training. They will encounter obstacles that they must use the powers of found creatures to solve, including villains that require a cooperative approach. Win bonuses at the end of the game for meeting in-game superlatives--the player who finishes with the highest score wins!

-Board is laid out on either side, according to age group.

-Cards sorted into decks and shuffled, then placed either in designated spots on the board or adjacent to it. Three decks: creatures, obstacles/problems, villains--possibly.

-Villains come in the form of either cards or tokens. Cards are stacked in a deck next to the creatures and problems, while tokens would be placed along the board in designated spots.

-Bonus award tiles are reserved until they are distributed at the end of the game.

1) Roll die to determine # spaces one can move.

2) Spaces may be blank, find creature, problem/obstacle, or checkpoint.

End of Game Conditions: When players reach the end of the board, they tally their current score while waiting for others to finish. Once all have reached the end, bonus awards are given. Player with highest score wins.

Scoring and Declaring a Winner: Points are awarded based on...

Battling villains: working with other players at designated checkpoints/# turns to match the power types required to defeat each villain.

Collect/discover/find a creature: drawing a creature card from the deck, either by landing on a space or by stopping at a checkpoint.

Players: Students of [Creature School] who must embark on a journey to complete training and rescue professor.

Problems: hiccups in the players' journeys, elemental in nature. Can be solved using creature powers. (ex: A creature with earth powers could solve the sudden mudslide blocking the path.)

Solving problems: drawing a problem card and using a creature card with matching powers to eliminate problem and earn points.

Villains: Sorcerers or other beings who require multiple power types to be defeated. 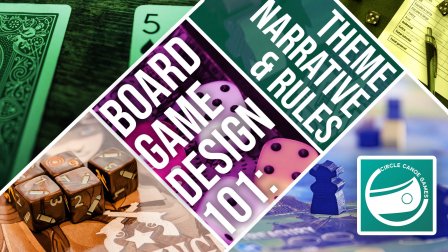