SCROLL DOWN TO SEE THE UPDATE...

Inspiration: I started a record collection a few years ago and—even though I don't have a record player—I know that Neil Young's Decade is the real deal. I'm a big fan of that thin 70's typeface across the top, those rustic colors, and the simple layout. I definitely wanted to pay homage to this album. Mindmapping: During the exercise I wrote down some lyrics and decided "look at my life" was a simple phrase—both repetitive and meaningful—that would layout well on a square artboard. 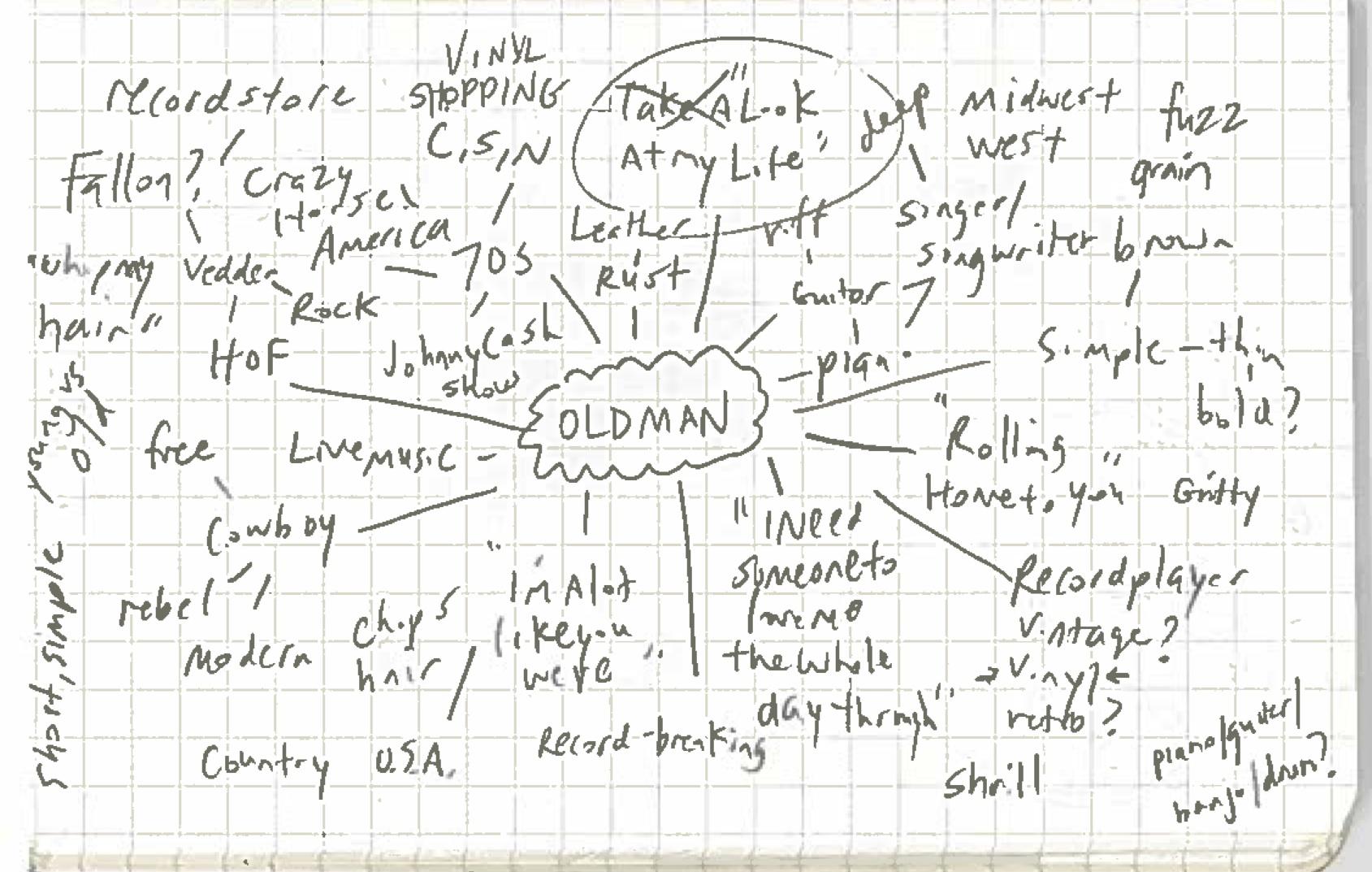 Visual Moodboard: I found some solid samples from the same era as the song, as well as some newer typefaces that felt familiar. I'm a big fan of shadow and 3D effects; I think they work well with both block and script and achieve the look I want for this project. 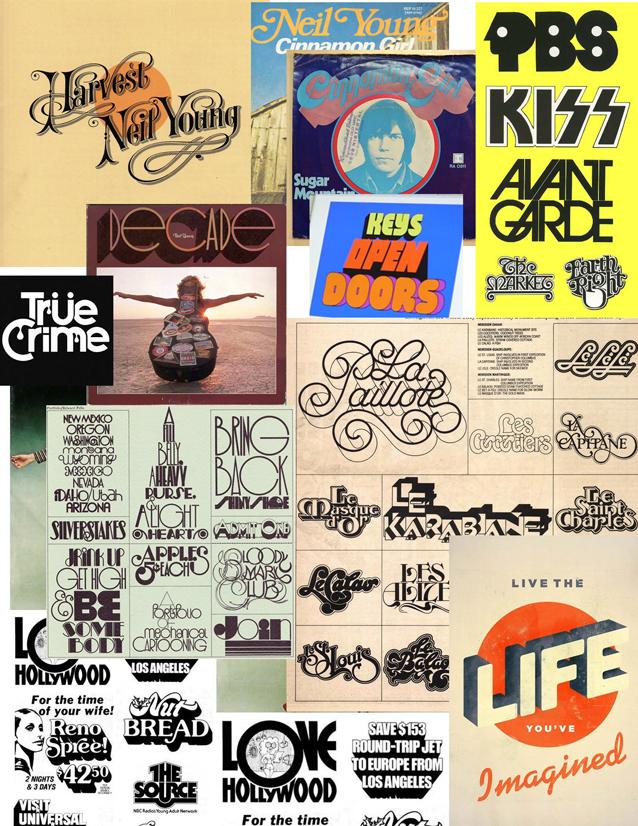 Sketching and Digitizing: I spent less time sketching than normal, since I knew I'd be using a lot of shapes and the pen tool for that solid, equal stroke weight. I went through a few iterations of the design and even restarted the process at one point. I'm working on starting from scratch and treating this more as an independent type exercise and not a tribute to an existing design. That being said, I decided to upload my progress anyway and get some feedback from the class. 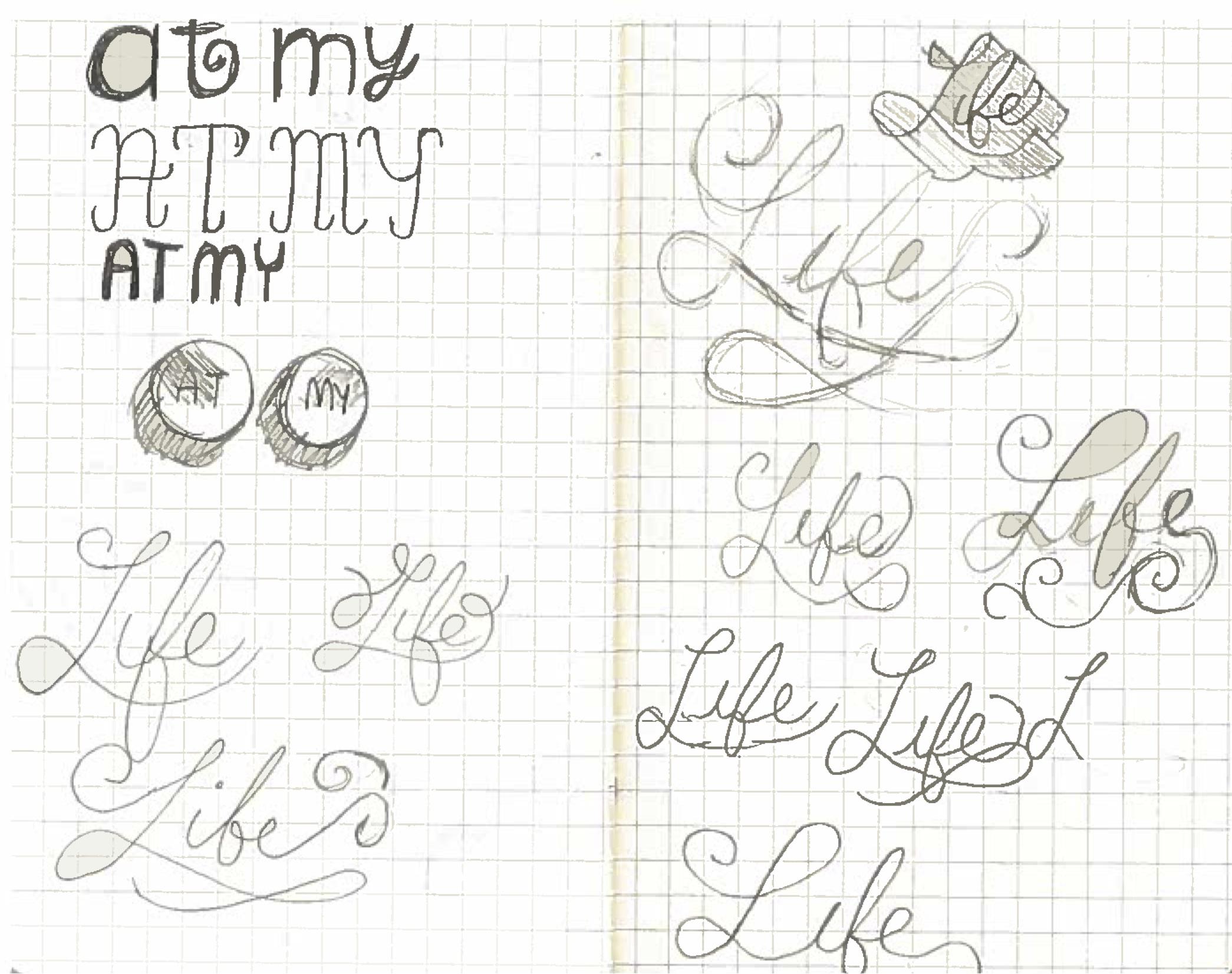 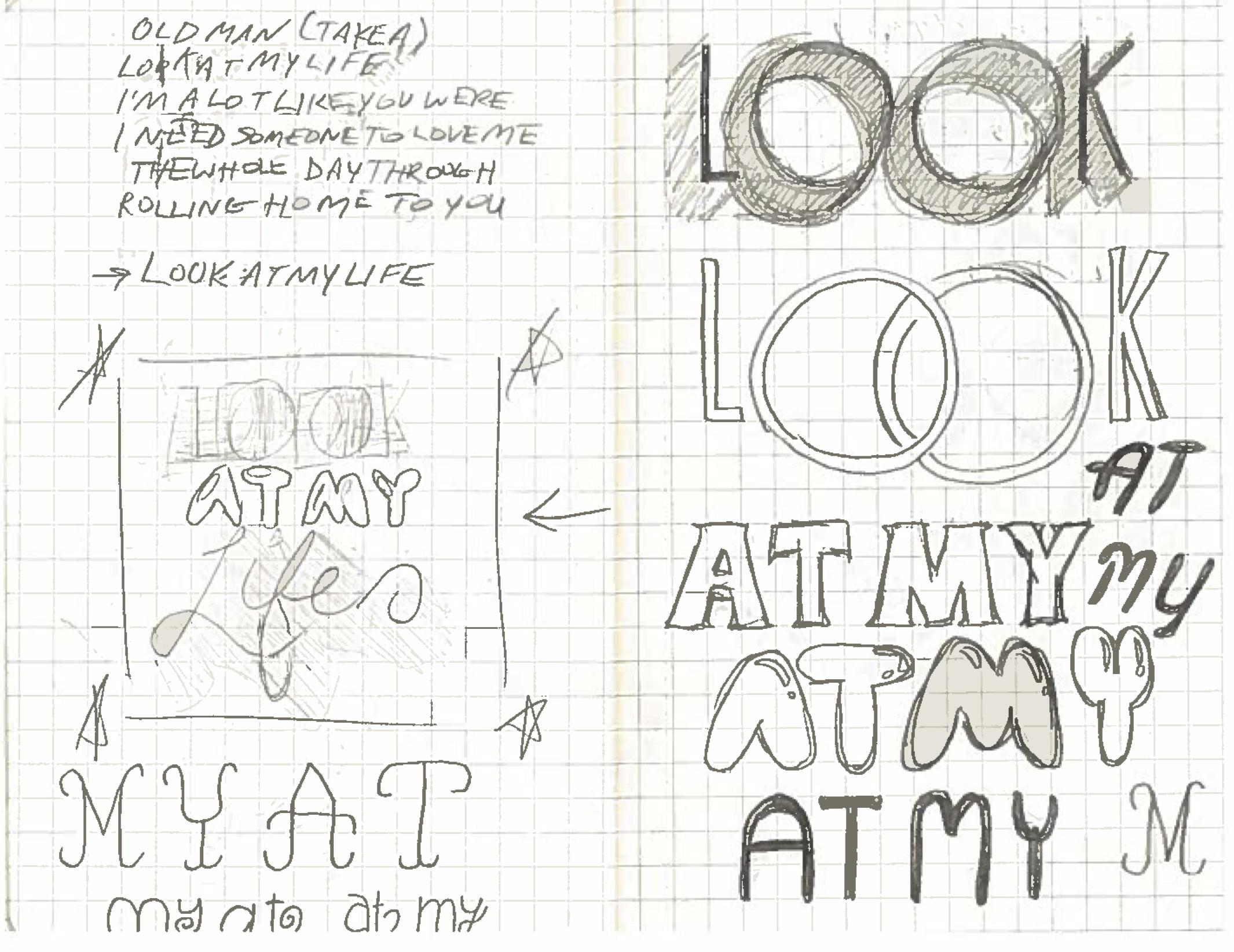 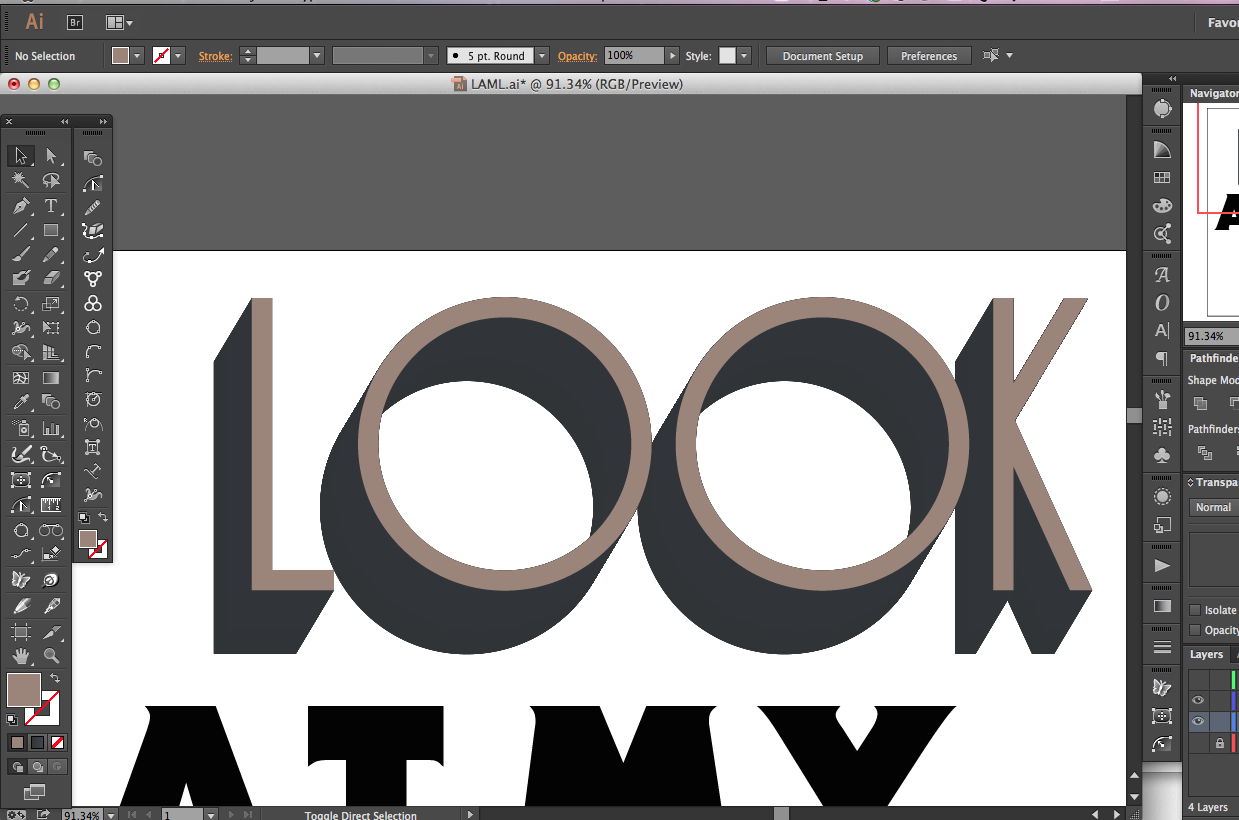 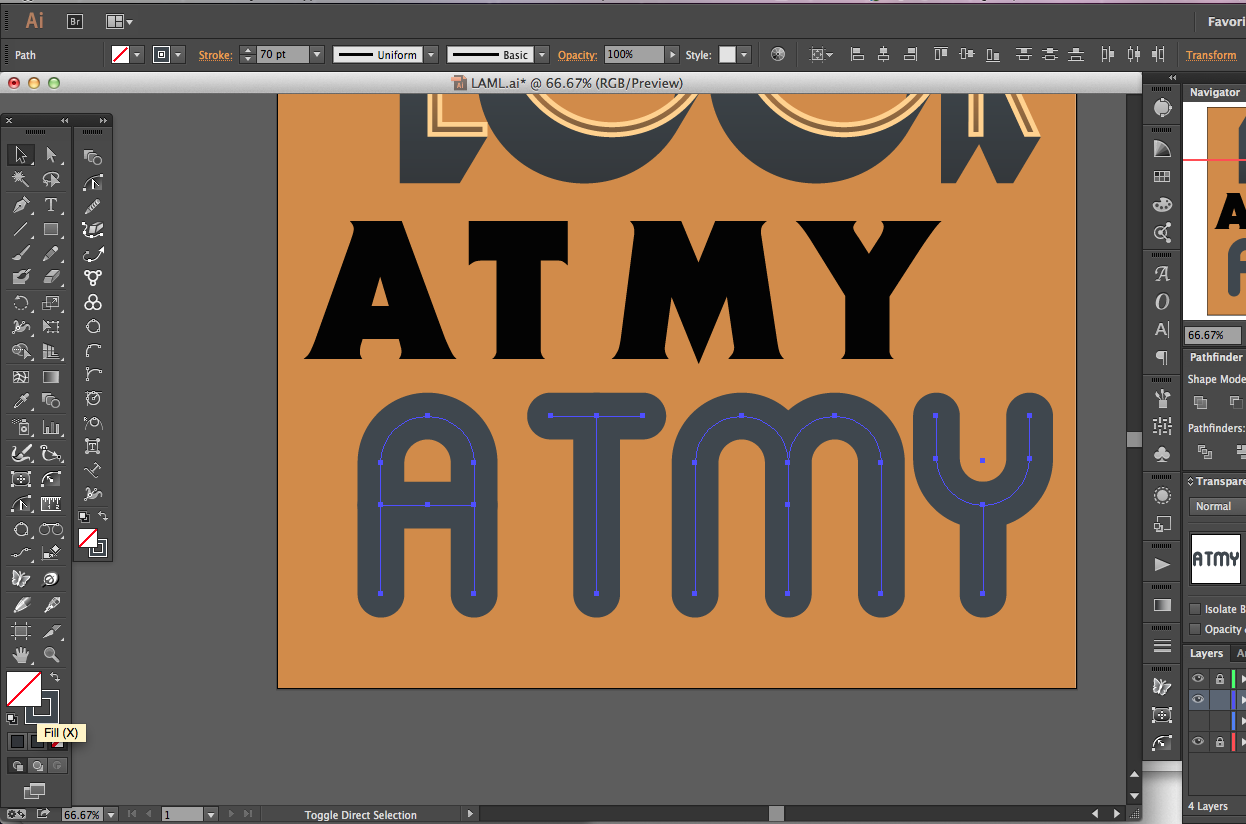 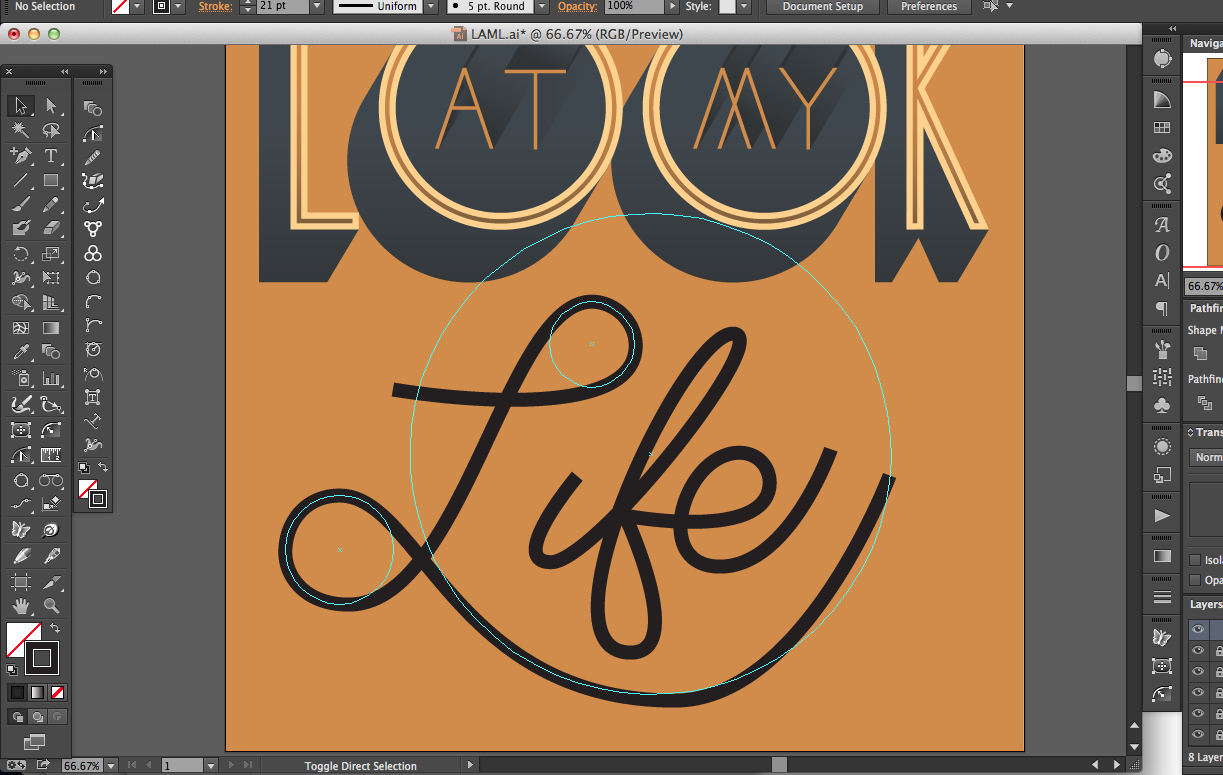 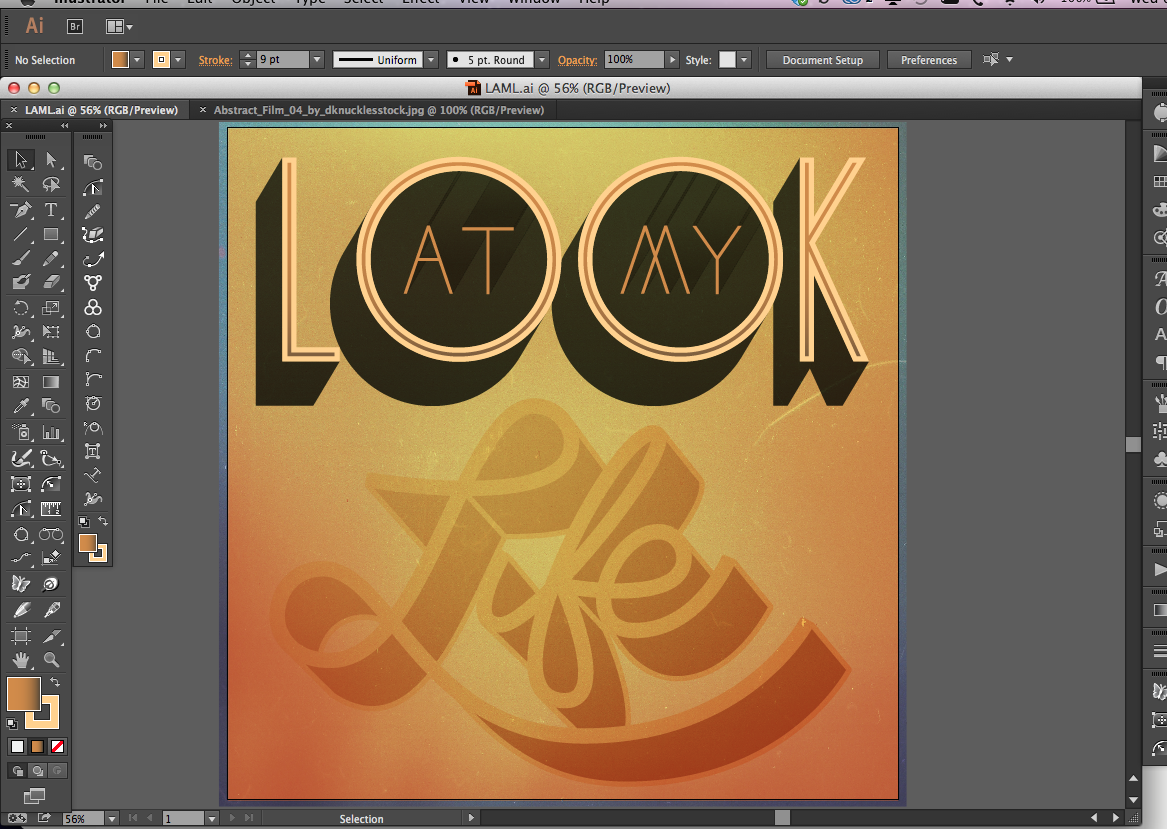 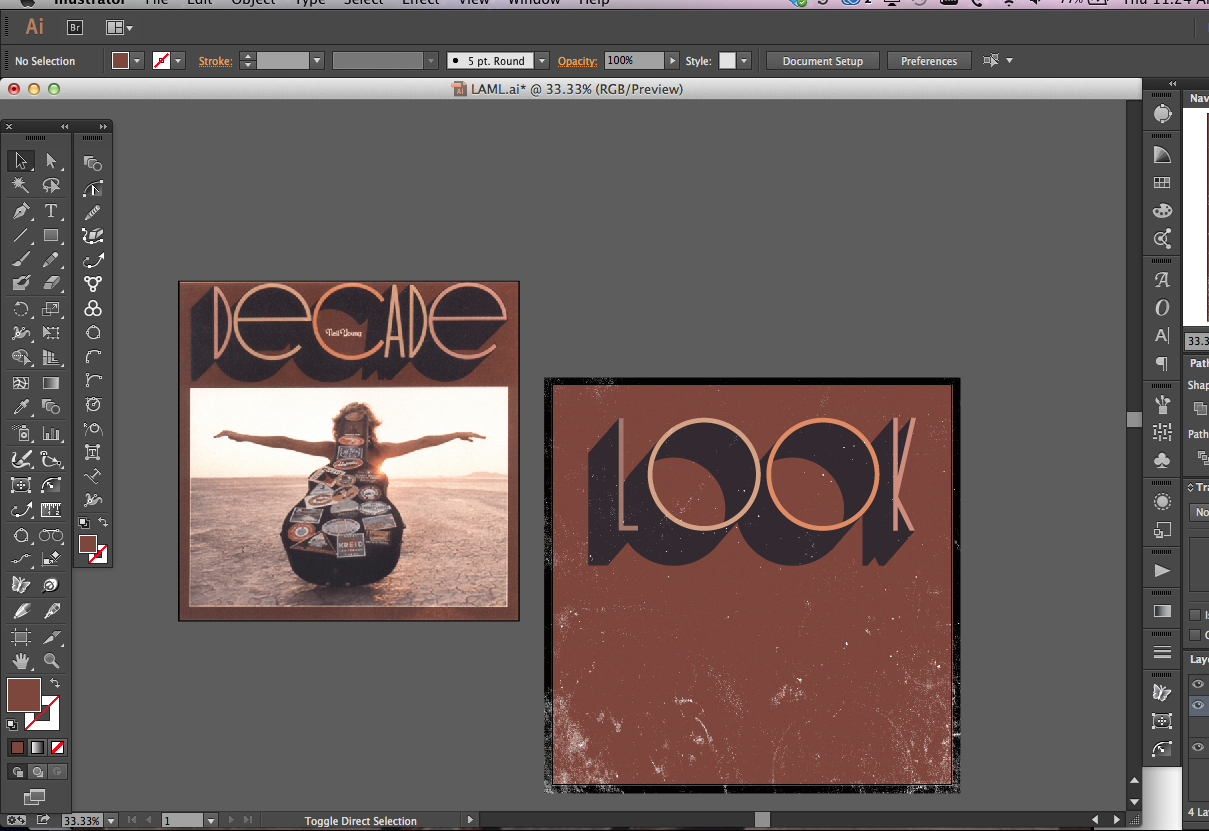 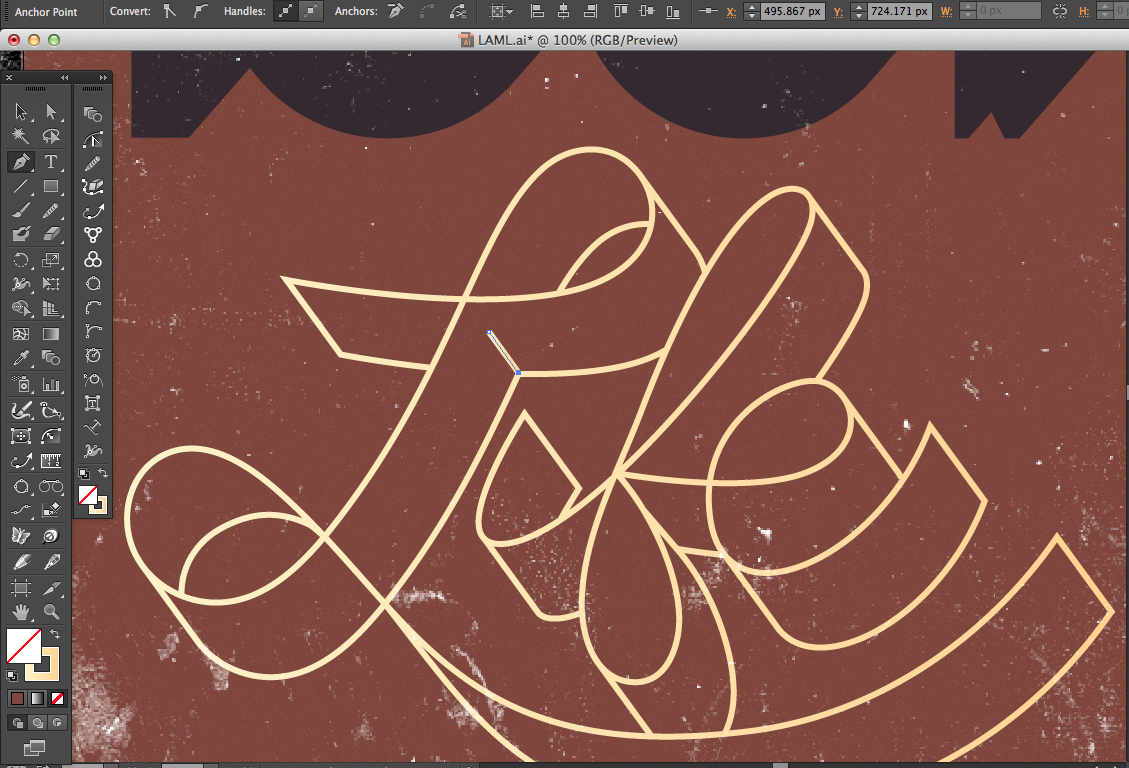 I'm not completely pleased with the way "Life" looks as a script. "Look" is fun, but it's too similar to the original album cover; I'm sure I'll change the layout and color choice, too. Right now I'm working on "at" and "my," so I'll try and update soon. Thanks for reading!

Update: I decided to rework my layout and remove the script. I used new colors, distancing myself from the original album art. The feedback I received was helpful and I decided to keep the thin letters and shadow of "Look." 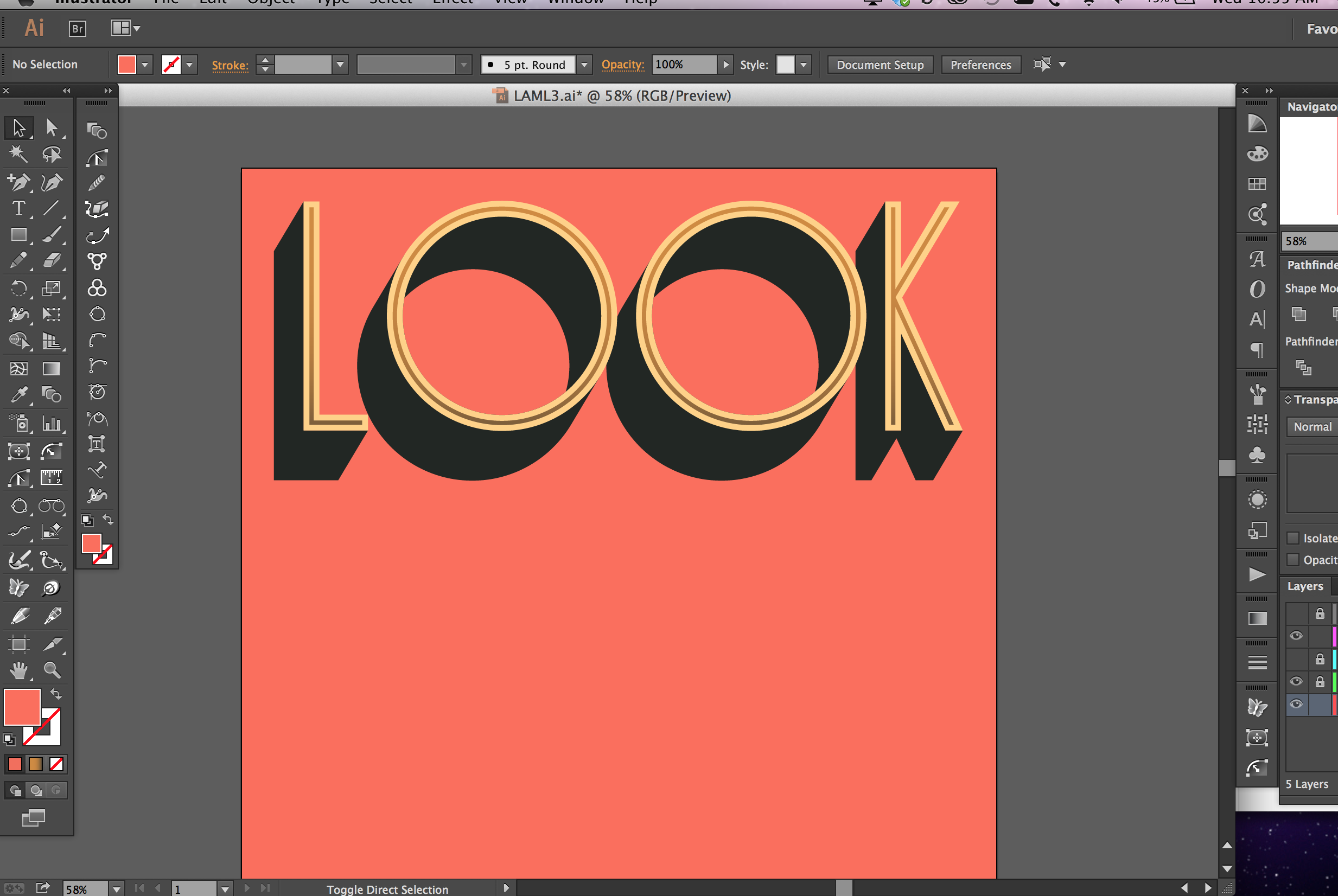 I found some samples on my moodboard that seemed to fit; for "Life," I created custom letters utilizing Bookman Swash and basically flipped the color scheme. 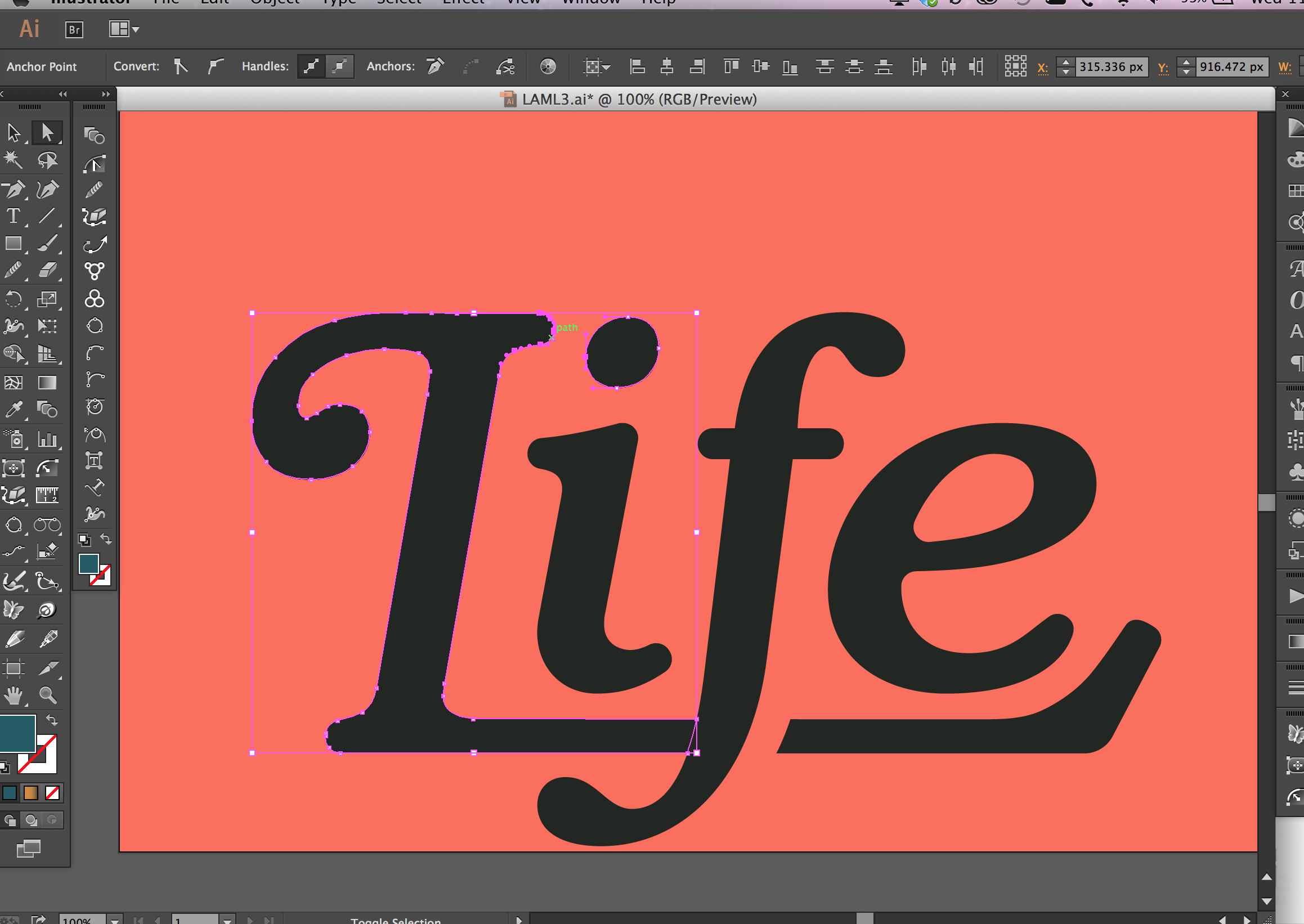 I need some feedback on the layout. "At" and "my" don't sit well with me. Also, the "f" in "Life" hangs low, so I'm considering filling the empty space below with... something? 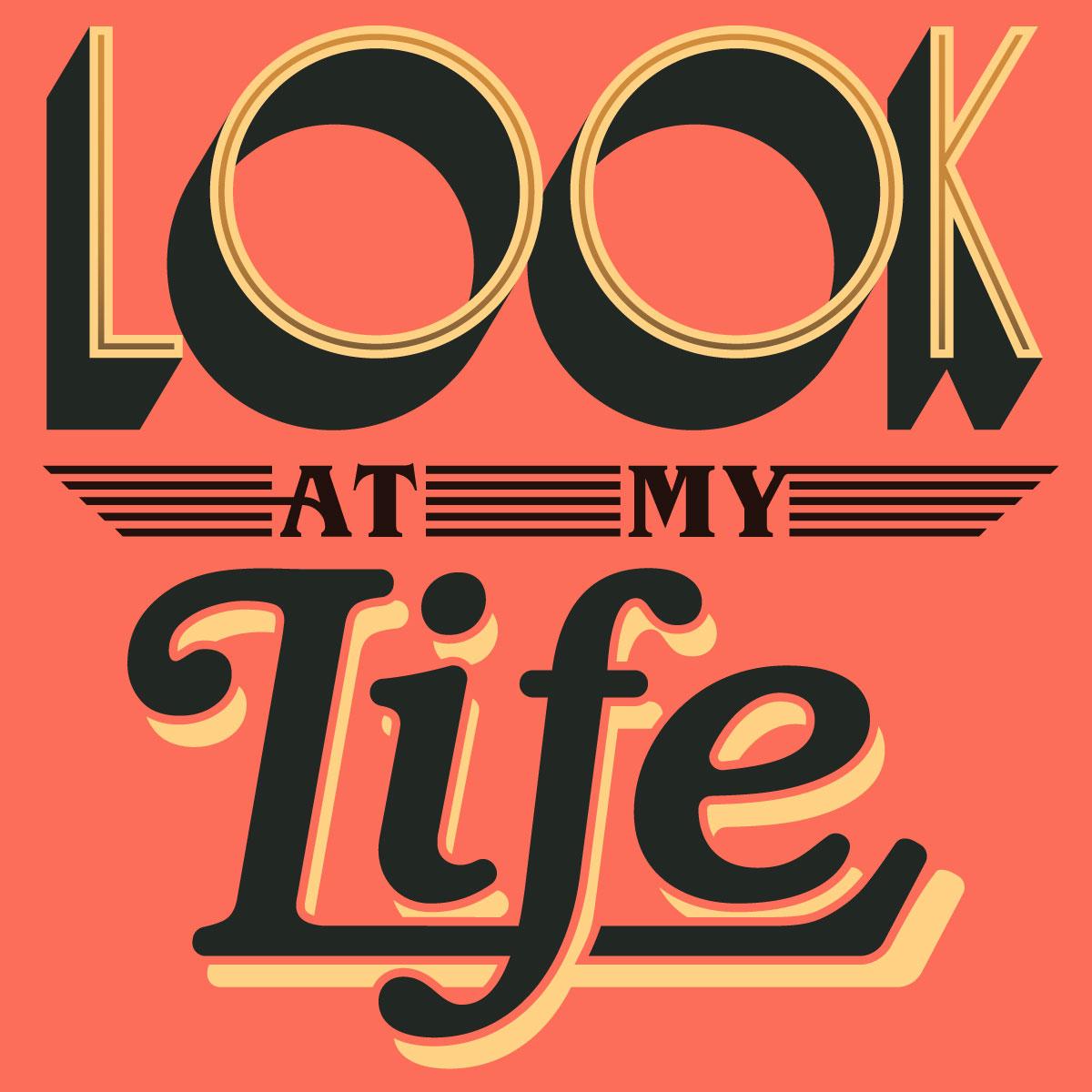 Leave me some suggestions in the comments and I'll give this thing one more pass. Thanks for reading (again)! 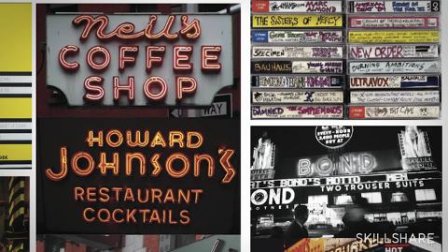