Admiration of other people's work and fear of falling far short freeze my creative ability. I give up too easily, I dabble here and there and leave it years before coming back to any one thing. Sometimes I surprise myself when I look back through old sketch books and realise that actually, yes I can.

I'm trying to use this challenge to train myself to be OK with being OK or even awful. I know I need to get over this feeling that everything I produce has to be great in order to be valuable. Rationally I know that time spent playing is the most valuable time I can spend as it increases my skill and understanding of the medium.

I've deliberately set the bar very low for this challenge. I am going to draw using pen and ink for 5 minutes each day. The drawings will be loose and scribbled and may only border on looking anything like the source material (particularly when I'm trying that "only look at the reference material, not at the paper" technique).

I'm thinking in groups of 9 as suggested in the video. This merges well with the other video that said it's normal to lose interest/enthusiasm part way through, so I'm aiming to keep it fresh by having different themes for each group of 9, starting with dogs. Looks like I forgot to label day 4, but only a poodle could look that weird (poor thing!).

And now for some trees

And 9 days of birds complete

Flowers (I'm struggling to find good photos in my book collection to work from!)

For the next set I thought I would turn to yoga - I have lots of books illustrating the poses and thought I ought to try the human form. I chose the sun salutation/surya namaskar sequence to provide a flow between the images. That means there will be some repetition and the beginning and end - who knows perhaps my technique will change between days 1/2 and 8/9.

I messed up the spacing on day 43 (7th picture - you can see which one, it's the one where she's missing a head!) :') I'm finding this sequence particularly challenging.

Something terrible happened on day 50. I dropped my pen before starting to sketch. Of course it broke the nib. I can still make lines with it, but I can't scribble, and I can hear the paper being scratched with every stroke. So I switched to a back up one and am working through the hate part of a love-hate relationship with it.

It can't help feeling different in my hand. It isn't aware that it needs to be handled differently, that it needs more coaxing to get started, more precision in the way it approaches the paper. It does have different properties that I am starting to recognise, it's not just a narrower nib, it's more flexible so there can be more variety of line width with less pressure required.

I ordered some more of my preferred nib type, but maybe by the time they arrive I will have switched allegience?

I've been walking a lot lately and one of the most interesting of features around here is the old churches, some derelict. I normally shy away from architectural drawings as they have so much detail and my lines aren't always the most precise. I deliberately started with a couple of locations that have seen better days (although part of the abbey is still in use).

My new nibs arrived and I put them somewhere safe. Oops.

OK, found them, but sticking with the flexi nib for the architectural pics for the time being. Using the rigid nib for the writing now though because it goes so blurry and awful with the flexi nib. Confession time - some of these pictures have been taking a bit more than 5 minutes! Especially the cathedral (which looks better in the photo than it does on the paper!!).

I am getting a curious satisfaction out of sketching these, having to fight the urge to draw them in pencil first and rule careful lines to try to make them look perfect. Especially as an aim of my project was to become OK with being OK, but the more I've gone on the more I want to push myself - it's a fine line.

The next batch is around British folklore - people, places and practises.

Don't look too closely at Stonehenge, I got so carried away with the flexible nib trying to compare the drawing with the rigid nib that I missed a stone out - who knows what the astronomical consequences might be!

I experimented with pointillism to depict the Cerne Abbas giant - more by accident than design as I was trying to think of a different way to represent what is basically an outline. So I thought "I'll draw the grass instead of the chalk." Oh my, what a test of patience that was! You may notice I didn't try the same technique with the chalk horse...

There is overlap between the Green Man/Gwyn ap Nudd and Herne the Hunter as the names and stories are fluid and depictions of them are very similar. Leaves, antlers and the wild hunt seem to crop up with each of them.

Then come a couple of stone figures, I'm not sure which building the gargoyle lives on, but the Lincoln Imp is a part of legend around Lincoln Cathedral and can be seen up in the ceiling (though good eyesight or a set of binoculars are necessary to make out any detail!).

Finally a couple of group activities I associate with late spring and summer, and childhood visits to summer fetes.

Mythical origins forms the basis of the next set of 9, illustrating the stories behind towns and cities.

GRIMSBY: The boy Havelock (who becomes a giant) borne on the shoulders of the fisherman Grim (who was probably Odin, by the way) to rescue him from the sea.

ROME: The twins Romulus and Remus nursed by the she-wolf.

KRAKOW: The many-headed Wawel dragon (the things that look like legs mostly aren't) before his explosive demise at the hands of the ingenious cobbler Skuba.

ANTWERP: The roman soldier Brabo throwing the hand of the giant Druon Antigoon into the river Scheldt as a protest against being charged a toll to cross the bridge.

LJUBLJANA: The dragon slain by Jason and the Argonauts as they travelled overland (complete with boat) to the Adriatic Coast.

VILNIUS: The iron wolf seen in a dream that caused the Grand Duke Gediminas to found the city.

NAPLES: The mermaid Parthenope, about whom lots of stories are told, all involving love.

WARSAW: A less happy mermaid who is cruelly treated but then freed and vows to guard the people and village.

ATHENS: Faced with a choice between power and wisdom, the soon-to-be Athenians chose wisdom.

And now on to more monstrous mythical figures.

YULE CAT - an enormous and bloody-thirsty version of the Norwegian Forest Cat that lives in Iceland and eats people who haven't received new clothes for Christmas.

VODYANOY - something that lurks in bodies of water to drag you under in various parts of Europe and Russia under similar-ish names and descriptions.

TUPILAQ - an avenging monster from Greenland

AHUIZOTL - a spint aquatic thing (water dog) from Aztec mythology. Another one that's going to lure you to a watery grave.

THUNDERBIRD - controller of the upper world in Algonquin and other mythology

MEDUSA - known as a monster for her ability to turn people to stone with a look, but a woman sorely wronged by Poseidon

NAMAZU - giant earthquake-causing catfish being subdued by the god Kashima

HODAG - said to be born from the ashes of cremated oxen, the incarnation of the abuse they had suffered in life

The final set of images will be around masks. Some masks conceal identity, some transform it.

Darth Vader was a struggle to get the smooth shininess of his mask/helmet.

James Bond comes from one of my favorite sections of any of the films, because of the costumes and overall visual effect. I lost interest after the first explosion :D

Zorro was the masked man of my childhood and one I thought I could do on a rushed day.

Greek theatre has so many more masks than the simple comedy/tragedy pair, but I only had time to do two. I am guessing that the first is Hades because of his horns (maybe it should be Pan??) and the other Poseidon because he looks a bit seaweedy but I have no idea. Sketching has made me spot elements of the images that I just would not have seen otherwise, for instance the little creatures on the head of the one I am calling Hades. Which reminds me that for Naples I was blindly copying lines that I thought were waves, only to realise from my drawing not the photo that there was a small dolphin in there! Also with Athens the ram's head biting down to secure her clothing I just didn't "see" until I started drawing it.

The character from Japanese theatre is the jealous woman.

The ancestral sun I foolishly chose thinking it was simple! Big blocks of colour take time to outline and draw and maybe dip and scratch wasn't the best medium, but I'm pleased that the face seems to project out of the mask. I feel more conscious of trying to faithfully copy images like this and the Thunderbird because I know little of the culture and whether the shapes and patterns have a meaning: I worry that inaccuracies in my copy distort a hidden story more than when I give another mask a wonky eye! And guess what, all that overthinking makes it a whole lot harder to draw. So 96 days in and I'm not quite cured :D

Oh I am so not cured! It took until day 97 but I very nearly had a complete sulk and refused to finish the challenge. Something went badly wrong with the drawings and I got interrupted while trying to fix it and a load of other stuff besides. And I went straight back into "I'm no good at this, not good enough, what's the point" That day was Phantom of the Opera.

V for Vendetta for day 99 reminding me that smooth surfaces are really tricky to convey with this medium.

Day 100 carries on the mask theme with one that seemed appropriate for the age we are living through - the Plague Doctor. 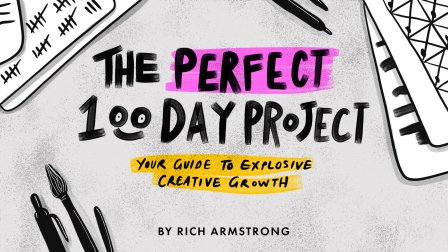