Honey bees only sting once

After my first iteration, Christine gave me a few pointers. So I gave them a try and darkened the lettering to make it easier to read. I also tried to make it clear what happens without the use of words. Though I left the words, since this didn't actually have an article that it went along with. I think the illustration is a little more graphic now, but it does stand on its own a little better. Let me know what you think!

This is my initial iteration of the final.

What are you thoughts? Do you understand it? Is it clear? Did you learn soemthing? How can I make it better? I love a good critique!

Honey bees, they have a pretty bad rap. But really they are cute, fuzzy and pretty docial. They only attack mammals with skin when needed because their stingers get stuck and rip off their butts. Making the individual bee die, but hopefully saving the hive.

"When a honeybee stings, it dies a gruesome death. The bee’s stinger is structured in such a way that once it punctures human skin, the bee can’t yank it out without self-amputating. As the honeybee tries to pull out the stinger, it ruptures its lower abdomen, leaving the stinger embedded, pulling out instead a string of digestive material, muscles, glands and a venom sac. What results is a gaping hole at the end of the abdomen."

Here are my initial sketches and notes:

I've noticed while posting this that i need to move where the leg connecs further under the body. 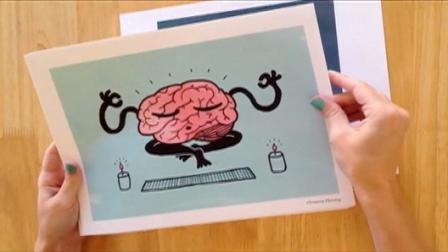