A sorcerer who has been trained from a young age to become a High Sorcerer in the royal palace. He is very serious, and doesn’t put up with lazy thinking.
Likes: Music (especially Ruzha’s), complex sorcery problems that he really has to stretch his mind to unravel. Favorite place - the balcony off of the library at night. Dislikes: Explaining things to people who don’t want to listen.
Skills:He is incredibly intelligent, and good at problem solving.  Annoying Habits:Tends to look down on people who are not as intelligent as him, but this is because he feels lonely because of how difficult it is to get others to understand his ideas. He has also been withdrawing from others recently, due to stress from realizing that others are giving him more and more responsibility lately.  Family:Their culture doesn’t have “family” in the way that most IRL cultures do, but he grew up with the other royal sorcerers. He is very close with Nio and Ruzha.

Julien was raised in a monastery, which, in their world, are essentially intensive sorcery training centers. Evindr comes to get him and tells him that he is actually the prince, and must go to the royal palace to take on his new duties. He is excited but also terrified - the palace is very different from the monastery. He is also intrigued by Evindr, and admires him, but he feels like Evindr looks down on him. Likes: Tea, with lots of honey; food in general; being in the palace, the fancy clothes, etc. Dislikes: When he gets embarrassed from not knowing something about life in the palace.
Skills:Julien is the one most likely to just blurt out something that other people wouldn’t necessarily think of. He also has materialized as the perfect way for others to get through to Evindr. Evindr will listen to him when others won’t, and there are several times when Evindr will show more of his emotions to Julien than to others.  Annoying Habits:He tends to say or admit more than he wants to, and then feel like he’s made a fool of himself. Family:Their culture doesn’t have “family” in the way that most IRL cultures do, but he grew up in a monastery, and some of the other monks, and head monks, were very close to him in this sort of way.

I will make more later, and the outline worksheet, but I wanted to share these now ^_^; Thank you for this course, I am looking forward to using it to get more structure into this story.

Book Title: Emerald Prince
Summary: Julien, who has lived his whole life in a monastery, is summoned by the sorcerer Evindr and brought to the royal palace as a lost prince who has recently been found. Amidst the dazzling glamour of the palace, and the advanced magical laboratories that intrigue him, Julien finds that a shadow has fallen over this place - some important spells have been stolen from the royal libraries, spells that could be used to cause great disasters if the thief so wishes. Julien and Evindr have to solve the case themselves, but doing so will uncover secrets that will cause even more changes in their lives...

Summary of Chapter: The two head monks take Julien to a castle on the outskirts of the capital. It starts with the three of them in an airship. Julien is worried that he is in trouble, but after that, he is dazzled by the scenery. He has never been this far from the monastery before.When they arrive at the castle, he is introduced to the royal sorcerers Evindr and Nio (name not final). They ask the head monks about Julien, and get the answers they need. Then, Evindr alone takes Julien to a separate study, asks him some questions, and does a spell on him. After the spell, Evindr dresses him (for intimacy), and then Nio returns and he and Ev tell Julien that he’s the prince.
Chapter 2:Characters Appearing: Evindr, Julien, Nio, (two other royal sorcerers), Ruzha.Setting: Rooms around the palace.Summary: Evindr takes Julien around the palace, and shows him the main areas that are not sorcery labs. Julien is dazzled, but also feels awkward. He is not used to being regarded as a prince. He also keeps tripping over his clothes, and messing up his jewelry and hair (he is used to wearing his hair tied back). He is also aware that there is a serious situation that Ev and Nio are worried about, that they are not telling him about.After this, Ev takes Julien to a study, and starts telling him about his responsibilities as a prince. Julien realizes how inexperienced he is, and how he might not be up to this challenge. He feels that Evindr certainly thinks he’s too stupid to do it.Next, Evindr takes him to another place, but Ev is called away for something to do with the serious situation. Jul doesn’t want to stay and wait, and leaves to look for fresh air. In a large, empty hall on another side of the palace, he sees Ruzha, alone, playing an instrument and singing. Chapter ends there.

.... I will finish the rest tomorrow, because it is very late here. 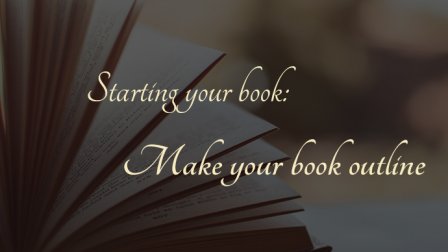