Earnings Under the New Payment System

Unfortunately, based upon my December figures, it looks like I am going to be quite a bit worse off under the new payment system. However, in November and December, I have mainly released classes between 10 - 20 minutes in length, so I am hoping if I return to releasing 20 - 40 minute classes that this will improve.

Rather than be despondent, I am determined to at least maintain my earnings on Skillshare going forward! I realise that this is going to take more than just creating great quality classes. It is also going to mean monitoring Teacher Stats in the next few weeks and months, in order to get a better understanding of what classes work best under the new payment system for my particular channel.

In principle, I think the new payment system is a fair one, but only if done properly. I have now received confirmation from Skillshare that if a class is watched twice it counts as double the minutes watched, which I am not at all happy about, as I believe this is open to abuse by scammers and fraudsters. Skillshare has promised to monitor this closely, but I am not convinced. I am also not happy that if your class is watched at x2 speed, you will be paid half as much than if watched at normal speed. While minutes watched at 0.5 speed will count double (again this is open to abuse, in my opinion). 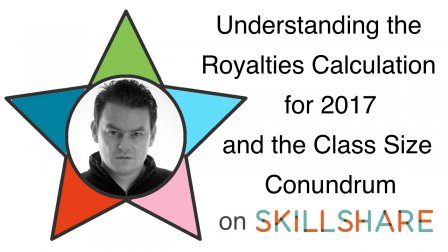