While camping, I had the chance to apply the skills I learned during this Skillshare video on astrophotography. With the help of a friend carrying my gear, I crutched down to the lake during the rise of the moon to capture this shot. The moon was still low in the sky and was a large ball of glowing orange. At first I captured the moon and did not like the effect the orange glow was having in the image. However, I thought that the orange of the moon would look lovely within the image floating in at the bottom rather than being the focal point of the image. I am very satisfied with the image I was able to capture here with the skills I learned ruing this course. 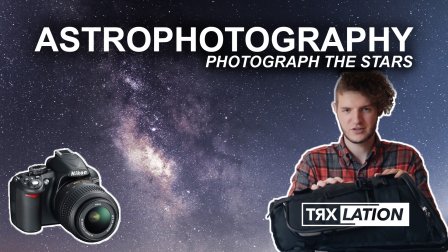 Astrophotography: How To Photograph The Stars
Jay (Trxlation)