An Ode to Banská Bystrica

I wanted to illustrate my hometown the way I like it - Nature + Sport + History.

Banská Bystrica is located in the middle of the Slovakia and it's surrounded by a beautiful nature.

It's the city with a deep history in mining (mostly copper).

People like to do sports a lot and we have a pleasure to host "Summer European Youth Olympic Festival (EYOF)" in 2022.

I chose a miners pick and a copper ore for the object. "Banská" means "mining" so it was an obvious choice. People mined mostly copper. I removed the lantern as it seemed too cramped up in the clustering process.

For the place I chose the city castle. I included only one tower out of the two. Then added it's side building. Then completed the silhouette by adding rooftops of surrounding buildings.

I also included a hill "Urpín" on the left side along with some trees to represent nature around the city. I increased the nature feeling by adding the mountains shape in the back as they are literally all around us.

The river "Hron" is also present. People like to raft during the summer and also to roller skate along it.

The person is Marek Hamšík. Successful football player (soccer, they call it somewhere). I am not a big football fan but I like that Marek has invested a lot of money in to the city and he helps to make our city better. And also he looks cool and it was fun illustrating him.

For the containing shape I picked an emblem like shape from our city (red and white stripes badge at the bottom right in the picture above).

I made it a little wider at the bottom so I can fit things inside :D It also resembles to me an emblem of some football team.

I missed more sport references. So I added some silhouettes of a runner, a hockey player (we have strong hockey team in Banská Bystrica, they won several times the league) and a hiker.

People also call the city "City of Olympic winners" so I added Olympic circles in the middle.

Then I played with the colors, positioning, shading etc.

I am happy with the result. I am quite new to this and I am still learning. I am surprised that it came out as it did. Watching the tutorial and completing this ode took me 20 hours :D Yes I am slow...

Thank you Aaron for the course. I really admire you as a designer and as an awesomely good person. Keep it up! :) 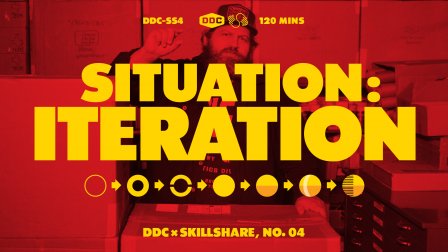