I went through a couple different concepts. Initially starting with hand draw type and an amazing doughnut I saw on a magazine and then I was caught in a ton of ideas involving the presets. Finally I settled was ending something that was inspired by the end of the Suicide Squad trailer.

This was my inspiration

So theirs was pretty dam amazing and hopefully with classes like this I'll be able to get there sooner rather than later.

Awesome class, thanks a ton and I feel way more comforatable in C4D Lite 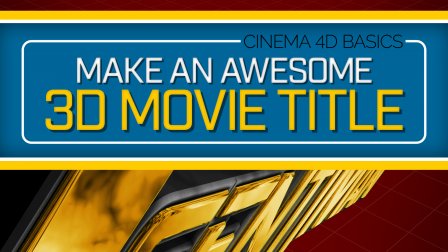