When midnight came and went and all that was left on the road was a heap of broken metal debris, the world was changed.  The frigid air was still, some might have described it as eerie, had they been around to feel it.  Hidden behind a heavy gray haze, even the moon’s light was unable to reach the rock lying beneath it.

An ancient tin can blew valiantly down the once busy street, and for the moment a spark of liveliness gave hope to the Earth.  The dry brown leaves clinging to the dying trees rustled with encouragement, urging the small challenger forward.  Another sudden gust of cool wind roused a mutilated plastic bag, and the two forgotten pieces of refuse danced gleefully down the street.  The cruelties of the day were left behind, if only for a moment, and there was nothing but the wind, the trees, and remnants of another era.

In time reality sank in again.  The wind slowed, then stopped.  The creaky old can came to a rest between two abandoned cars, and the torn plastic bag deflated and came sulking back down to the hard rotted ground.  The trees slouched helplessly, defeated.  The haze grew heavier than before, and the sky continued to darken.

Only hours before everything was different.  The air carried laughter and excited voices, and the sun smiled its warmth over the billions of creatures that called the planet ‘home.’  The streets bustled with traffic, and giant machines prowled the in-tact roads with the majesty of a people that had conquered their world.  Great ships sailed the open seas, connecting every point on the globe in a vast network of communication and trade.  Jets darted across the skies, leaving no area untouched by man.  It was good.

But in order for there to be good, bad must exist alongside it.  Bad conspired to leave its mark on the Earth as well.  Beside every laugh, a cry could be heard echoing in the night.  Along with excitement came fear, then hatred.  With cars, came tanks… with ships, destroyers… with jets, bombers.  The great innovation of their time was married with the terrible, and one day the balance was tragically lost.

After tonight, there will be no new cans to dance down the roads.  The plastic bags will continue tearing themselves apart, until they are unrecognizable.  The trees will turn to dust, and blow away with the rest of the garbage.  The cars will rust, and crumble, until nothing is left but the cold, dead rock.  Eventually, that too will disappear forever into the darkness.

A tear fell down the side of the old beat up can as rain fell on the blackened Earth.  Dawn broke with an audible crack, a back stretching itself out of a long night-time cramp, and all was still. 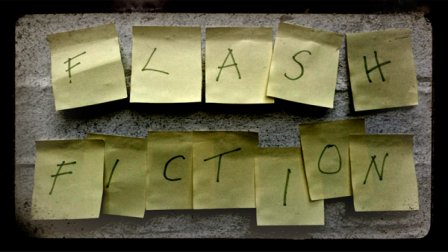