Men made mad by monstrous hunger eat all the chocolate and then each other. Man-made Monster makes more of a meal than a lover.

Monster fell in love before Monster was Monster and the factory was still paying $4.25/hour without benefits or anything.
Wrapping department.
Golden foil-covered bars reserved for Bloc, sugar tithing, ensured regularly scheduled food drops.
V, out back, smoking. Crimson tight sheath silhouette dress, second hand, must be. No one made dresses like that anymore.
In the square downtown, V's face on a billboard winks playfully at chocolate makers to Get To Work! the same way it does when she tells Monster stories like the time she fucked the factory supervisor for bacon and cigarettes. "Oh," replied Monster. "Oh."
Midnight, knock at the door, V's like, let's have some fun.
City-wide blackout.
V's Get To Work! billboard, ablaze, mob love. In the factory, children scoop up warm chocolate with both hands and suck their fingers, delighted. V pretend-wanks off on the supervisor's desk, making a spraying motion with her wide-open hand.
Outside, shrieks of joy. Snow, falling softly, first time in years. City muted.
Monster eats snowflakes but V's like, I'd give anything for some protein, know what I mean? Licks Monster's neck, and she's like, V, ew, but mouths I love you at the back of her head.
The next morning, all the chocolate is gone.
The factory closes.
Hungry children look at their parents who look at each other like, now what?
Noise from the street below wakes Monster, who blinks sleepily.
Morning revelations. The end of the world: no punching the clock, no bill payments, no chocolate.
She puts her arm around V and goes back to sleep.

They ate all the chocolate and then they ate each other.
Monster made mistakes, murder. Forced to move during the Bloc. Misunderstanding or not.
Sex? he asks. Fumbles with his belt. Leaves a $20 but no food. Skin and bones. Eats scraps, stays thin, alive.
The men use their teeth sometimes and that makes her nervous.
Apocalpyse darling. Jizz on hotel sheets, message to the universe: we were here!
This city was responsible for the chocolate and now Bloc had choked them off.
Flashy billboards scream end of the world clearance! Final blowout!
Rampant consumerism.
He swears it turns him on but the sight of blood makes her sick. Begs for it. Insists it only works if she watches.
Heard rumours she had done this kind of thing before.
Cuts around the vitals and he's like oh baby come on.
Tomorrow, she promises. Tomorrow, tomorrow, tomorrow.
He starts lingering on soft skin. Breakfast revelations, her, breakfast. Panic. Razors this time and deeper. He pleads, his throat, and when it's over he has no pulse.
Monster washes her hands.
Time to go. 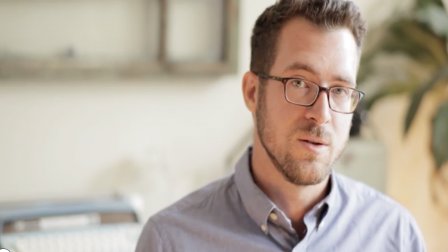