Idea: A pre-k-friendly creature-collecting and problem solving board game (gameplay could be adaptable for different age groups). Players choose a character token (which may come with a predetermined first creature), then collect creatures as they move along the board. These creatures have different powers that will help players solve problems they encounter throughout the game in their attempt to finish with the highest score. Every few turns, players must work together to defeat a villain. Awards for different in-game objectives will be awarded once everyone has played through the board.

Mechanics: Rolling die; moving tokens; drawing creature, problem, and villain cards (or is there an established number of villains that players are guaranteed to encounter, sort of like checkpoints throughout the game?).

1) Players choose a character token and either draw a creature card or are assigned one. They roll a die to move along the board.

2) Board consists of a trail of spaces that winds through a magical world. There will be: "find creature" spaces where players get to draw a new creature card (feat. illustration of creature, fun fact, and icons depicting power(s)); problem spaces where players must draw a problem card and can solve it if their creatures' powers match the powers indicated on the card (players keep solved problem cards for score-keeping); and checkpoints where players must stop and draw a creature card (to ensure that each player progresses through the game with a certain number of creatures). Villains will either be cards drawn every few turns, or located at checkpoints throughout the game; they will require multiple powers to be defeated, and players must work together to defeat them (loss means that players must all return to a certain point in the game, success rewards all players with a certain number of points).

3) Once a player has progressed to the finish, they tally their own score and wait for the others to finish. Awards with various point values for different in-game achievements are assigned once everyone is done. Whoever finishes the game with the highest score wins.

4) A game journal with writing prompts and drawing spaces is included so that kids can record favorite memories and draw their favorite creatures/invent their own.

This game is unique because:

It removes the more violent aspect of creature-collecting/battling games and replaces it with problem-solving. Kids can experience different creature combos every time they play (and, as a bonus, parents don't have the financial onus of continually purchasing new cards with the likelihood of repeats).

People would enjoy playing this game because:

It is both kid and family-friendly and has the potential for customizable gameplay (different versions for different age groups, various creature combos). It combines cooperation and competition, helping kids learn that a healthy balance of both is necessary for success. Kids can collect different creatures every time they play and learn about each one. Even if a child has played the game through enough times to have collected each creature, they will still get a new experience each time because creatures are drawn at random.

Other games with some similarities:

-The Game of Life: checkpoints where players must stop and take certain actions, problem spaces, everyone reaches finish line--scores tallied and awards given after.

-Jumanji: co-op rounds where loss penalizes everyone and success rewards everyone.

This game will be:

*I included a range for these categories, since I would like to make it adaptable for pre-k. 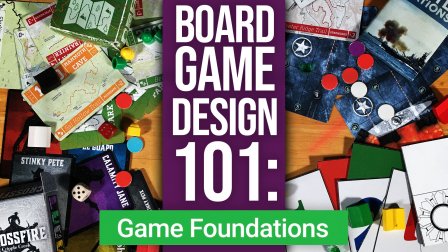